Cuchulainn Rounders AGM was held on Thursday 3rdNovember. Chairperson Billy Connors gave a very comprehensive run down of the Club’s year’s activities and successes.
The year began with the appointment of Manager Dwayne Keane from Heath, Laois, who brought a new eagerness to the Club. All 3 Senior Teams had what was the best season for a number of years, with Senior Men reaching All Ireland Semi Finals and our Senior Mixed being crowned All Ireland Champions of 2022, having previously won in 2007, 2009 & 2010. Our juveniles continued in this success, with our U12 boys being All-Ireland runners-up for 2022. To cap off a successful year, the Club had the honour of receiving 3 All-Star Awards, which were presented to John Mike Nolan, Pierce Ryan & Billy Connors by President Michael Dowling on 1st October in Green Isle Hotel. Sincere thanks were given to our two main sponsors, Michael McAssey & Waters Fencing, who continue to support our club tremendously each year. He also thanked all other businesses who supported us during the year for our draws, jersey sponsorship and tractor run – your continued support is very much appreciated. Our Split the Pot fund-raiser continues to be a success, and he thanked all who continue to support this vital income for the club. He finished by thanking and acknowledging all the hard work which is done behind the scenes by all committee members, a lot of which is not seen. He wished the incoming committee the best of luck and continued success for 2023.
Officers Elected:
President: Fr. O’Connell
Chairperson: Billy Connors
Secretary: Ann Marie Brennan
Registrar/Child Welfare Officer: Vanessa Dowling
PRO: Carmel Moloney
Treasurer: Una Kelly
ASAP: Sinead Abbey 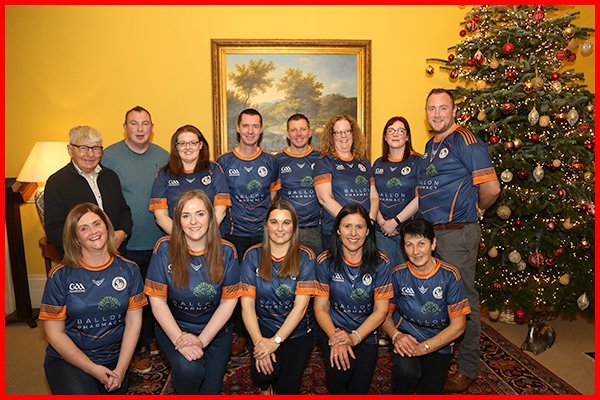 On Friday, 18th November, Cuchulainn Rounders Club held the first Annual Awards night at Ballykealey Hotel. With a great turnout, we had a lot to celebrate from 2022 at both the Juvenile and Senior levels.

Billy Connors, the Chairperson, welcomed everyone to the event giving a full run down on both the Juvenile and Senior activities for the year. In his address, Billy congratulated both Juvenile and Senior Teams on their great achievements during the year and how proud the Committee were of them for bringing silverware back to the Club again this year. He mentioned and thanked all businesses for their support during the year, with a special mention to our main sponsors, Waters Fencing and Michael McAssey. Billy finished up his address by thanking the hotel management and staff of Ballykealy Hotel for their hospitality and inviting everyone present to have an enjoyable evening.

The Club awards then followed.

Presentations commenced to both our boy and girl juvenile players, with each player receiving a Certificate of Participation and Goodie Bag from their Coaches. Medals were presented to our U12 Boys, who were runners up in the U12 Boys All Ireland Competition, and a framed team photo was given to each player as a memoir by their Coaches Annmarie Brennan, Aoife Coyle & Vanessa Dowling.

Dwayne Keane, the Manager, then presented All Ireland medals to all Senior Mixed Players who were crowned 2022 All Ireland Champions. Female Player of the Year was presented to Aoife Coyle & Male Player of the Year was presented to Peadar Waters, both very deserving Awards. All-Star Awards were presented to Billy Connors, Pierce Ryan & John Michael Nolan, who received their Awards from National Rounders President Michael Dowling on Saturday, 1st October, in Green Isle Hotel, Dublin.

The Club Committee presented a framed picture of all Senior Teams signed by all team players to Dwayne Keane, Manager, as a thank you for all his hard work and commitment he put into all teams this year. The success of this was seen with our Senior Men reaching an All Ireland Semi-Final and our Senior Mixed team being crowned All Ireland Senior Mixed Champions of 2022.

Food was served & excellent music was provided on the night by Syl Ivers, and the celebrations continued until late.

Our Senior Mixed Team were crowned All Ireland Champions on Sunday, 18th September, when they played Glynbarntown, Wexford, in the finals in Abbottstown, Dublin, captained by Billy Connors and managed by Dwayne Keane. They reached the final by defeating Adamstown Wexford, 3:12, in the All Ireland Semi Finals in Kinnegad, Westmeath, on 30th August.

The finals were played in Abbottstown, National Games Development Centre, Dublin, on Sunday, 18th September. Cuchulainn facing Glynbarntown, Wexford. Having met Glynbarntown in the preliminary rounds and losing on a narrow feat, this always promised to be a good game and that it was. A good start for Cuchulainn, ahead in the first innings by 4:2 with excellent play by Billy Connors on 2nd base getting an out to finish up the first innings. Cuchulainn held Glynbarntown in the next two innings with no runs scored with super catches by Joshua Fernandez & JohnMike Nolan outfield and out on base by Aoife Coyle. The next three innings saw both teams get three runs each, bringing it to the final 7th inning on a scoreline of 9:5 to Cuchulainn. Cuchulainn scored two runs in their final batting, now bringing the scoreline to 11:5; Glynbarntown now needed seven runs to win. Cuchulainn left everything on the field, with a super catch outfield by John Michael Nolan, a pitch out by Peadar Waters and the final play of the day, a superb throw by Shane Brennan  to Carmel Moloney on first base for the final out, All Ireland Senior Mixed Champions for 2022

Interestingly the two teams we met in the Semi-Final and Final, Adamstown & Glynbarntown were the two teams we lost to in the preliminary rounds of the championship – having beaten them both in the Semi Final & Final now also gives us the title of a win against all teams in the 2022 Senior Mixed Championship. 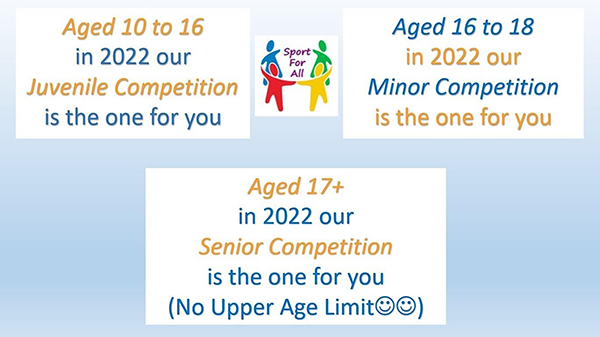 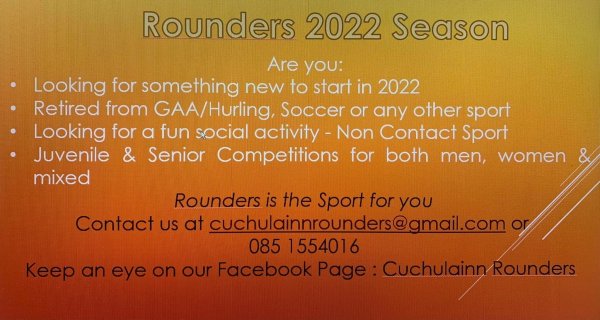