Cuchulainn Rounders Club would like to congratulate Matty Dowling and Ann Marie Brennan on being elected onto Leinster Gaa Rounders Council- It is a great privilege for our Club to have representatives on Leinster Council – Ann marie will take up role of Assistant Secretary and Matty role of Council Member – They have both worked with great commitment with Cuchulainn Rounders over the last number of years and we would like to wish them and Leinster Council the best of luck in making 2015 a year of rounders to remember.

Cuchulainn Rounders Club would like to sincerely thank everyone who bought & sold lines for our recent Christmas Draw. Thanks to Joe Doyle for the venue, Nicky Canavan for the music and all our sponsors – without whom we would not have held such a successsful event.

It been a busy few weeks for cuchulainn rounders club. Our u13 boys and girls took part in their all ireland feilas on june 17. The girls reached the A final taking home silver with an excellent days rounders  and the boys got runners up in the B final.

Our 14 mixed and u16 mixed took part in their all Ireland feilas on July6th. The U16’s came home with runner up medals and the u14’s narrowly missed out in the semi finals to limeklin but they did beat some old rivals in their 4 group games .

The senior women and mixed teams were out against green hills on july 10.
The mixed came up short but the lady’s kept the flag flying with a great win.
All 3 senior teems are still in with a chance of making the all ireland semi’s so watch this space..

Our u12 boys and girls got the opportunity to do what the great man himself (Mr Brooks) couldnt do and play in Croke park
A 54 seater bus left Ballon on july15 packed with 30 players and 24 proud coaches and parents. The kids got brought to the dressing rooms and warm up area’s before getting out on the turf for a 45 minute  match. A geat day was had by all.

Keep an eye on cuchulainn rounders on face book for up to date info. 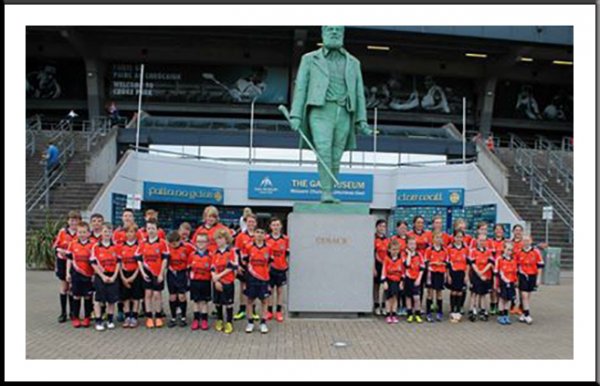 Cuchulainn Rounders club would like to thank everyone at siopa glas who helped host our annual coffee morning on Easter Saturday. The day was very well supported and we hope everyone who attended enjoyed the tasty home baking that was donated by our generous supporters.
The winners of the Easter hampers were.
Orla Cummins. Charlie McSteen and Marie George. Thanks again to all involved in making the day a huge succcess.

Six players from Cuchulainn Rounders Club who took part in an exhibition game in the half time of Carlow V Laois hurling  in o More Park, Portlaois on Sunday 11th. Along with players from The Heath and Emo the 18 players
entertained the crowd during the half time interval. 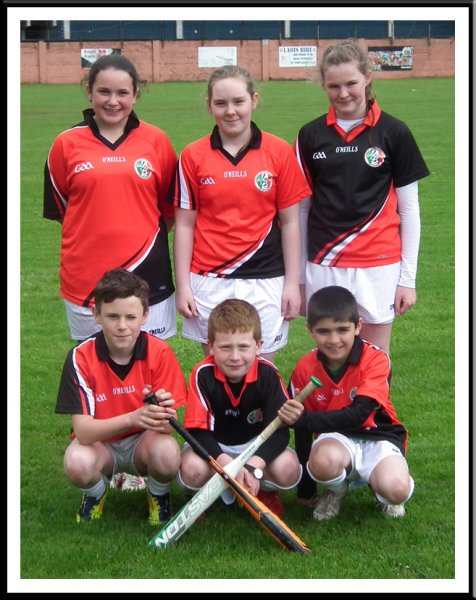 Cuchulainn rounders hosted a tournament for under 13 boys and girls in Ballon GAA field on 6th of April starting at 12pm
There were two teams from Laois also taking part. 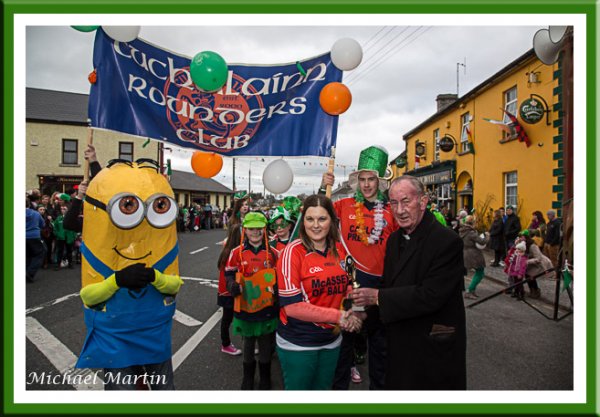 In the St. Patrick’s Day Parade the club was awarded a trophy for the Best Walking Group.

Cuchulainn Rounders Club held their AGM  on Tuesday 7th January.
In his opening address, Chairman Matty Dowling thanked the club committee members for all their hard work and commitment during the year and also the local businesses who supported the club financially throughout the year, special word of thanks to Crannog Design and Cheetah LED Lighting for sponsorship of the juvenile jerseys.
Secretary Carmel Moloney gave a comprehensive rundown on the club’s activties on and off the pitch in 2013.  Particular note was given to the success of the juveniles in 2013 with the U13 Girls winning the novice competition in Feile & U15 Girls  taking silver. Three Leinster Titles were also won in the U13 girls, U15 girls and the U15 boys. Congratulations went to the Players of the Year – Megan Brennan U13 Girl of the Year, Nick Mullins U13 Boy of the Year, Katie Brennan U15 Girl of the Year and Joe Holden U15 Boy of the Year. Carmel also thanked Ballon GFC for the continued support to their club including use of their facilities.
Treasurer Irene O’Byrne provided a full report of the club’s fiinancial situation and once again thanked all local businesses who supported the club during the year, special mention to all in Siopa Glas for hosting a fundraising Coffee Morning earlier in the year and also to Paul Kavanagh for use of his premises for the annual table quiz.
Officers Elected:
President – Fr Whelan & Fr Howard
Chairperson – Matty Dowling
Secretary – Carmel Moloney
Assistant Secretary – Ann Marie Brennan
Treasurer – Irene O’Byrne
Development Officer – PJ McCall
Youth Officer / Child Welfare Officer – Caroline Doyle
PRO – John Doyle
ASAP – Siobhan Delaney
Committee – Vanessa Doyle, Aoife Coyle, Barbara Mullins & Craig Doyle 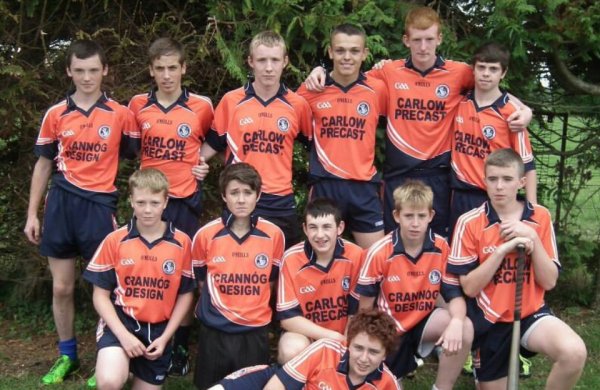 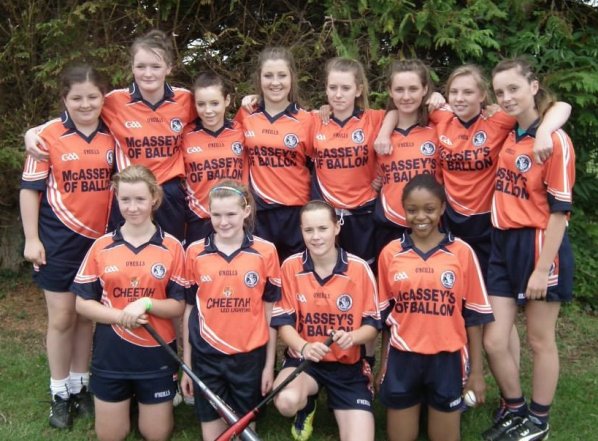