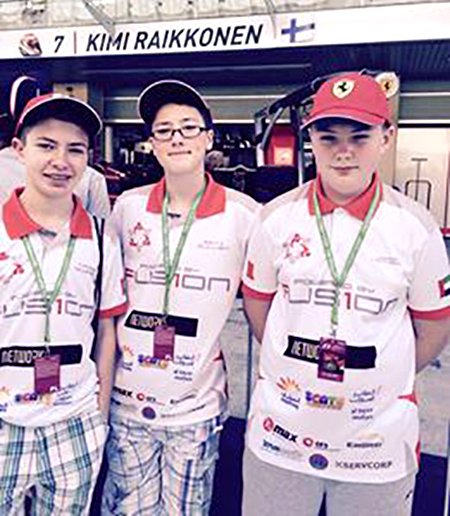 Tadhg Downey, Matt Cullen and Jordan Hennessy ( all 2nd year students from Presentation college Carlow) formed half of a collaboration team with 3 boys from Dubai College. They worked together over the past 8 months via Skype, face book and phone – meeting for the first time in abu Dhabi. They combined to make a formidable team competing over 5 days of events and different phases of competition – finally beating all the other collaboration teams to win the title of Best International collaboration team. 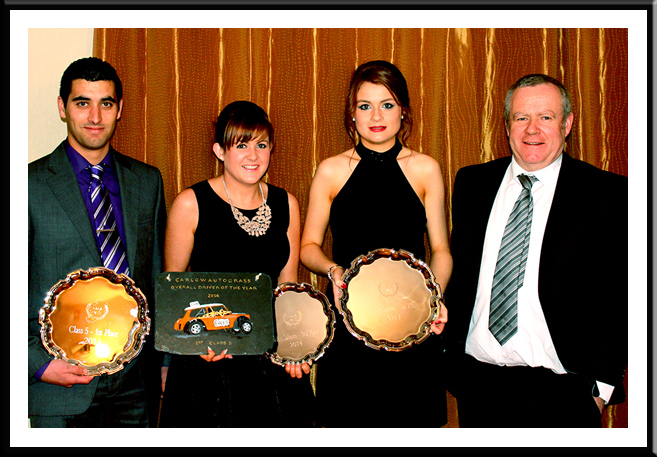 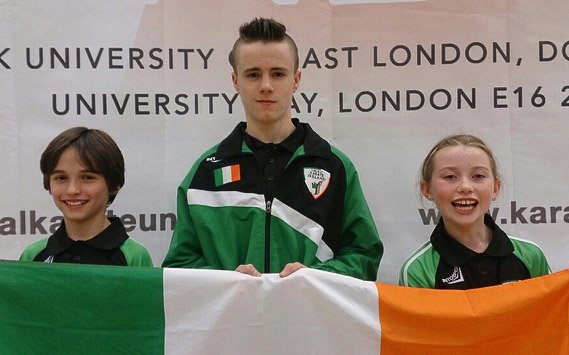 Katie Keating aged 9 , a gold for kata and silver for fighting

Well done to Ballon Bowlers for winning the Golden Years Tournament in Waterford 11/11/14.

Competing against 16 teams from counties Kilkenny, Waterford,Tipperary,Wexford, Carlow and Laois they captured the coveted trophies. 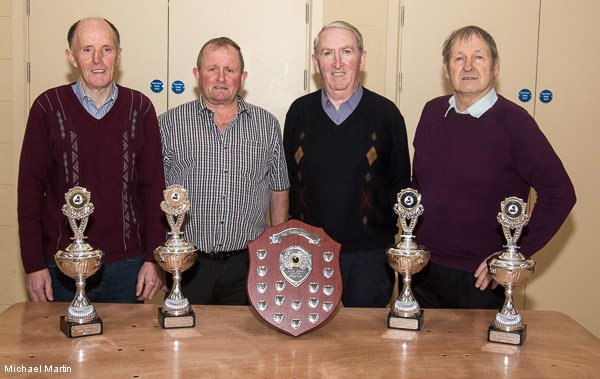 Ballon/Rathoe athletes won five medals at the Leinster AA championships held in Tullamore on Saturday 28 June. James Smithers did a double winning gold in the under-14 80 metres and long jump events while Donal English-Hayden won the gold medal in the under-14 pole vault. Cousins Lisa O’Toole and Jason Kelly both won silver medals, Lisa in the 400 metres and Jason in the triple jump. Congratulation and continued success to all four athletes. 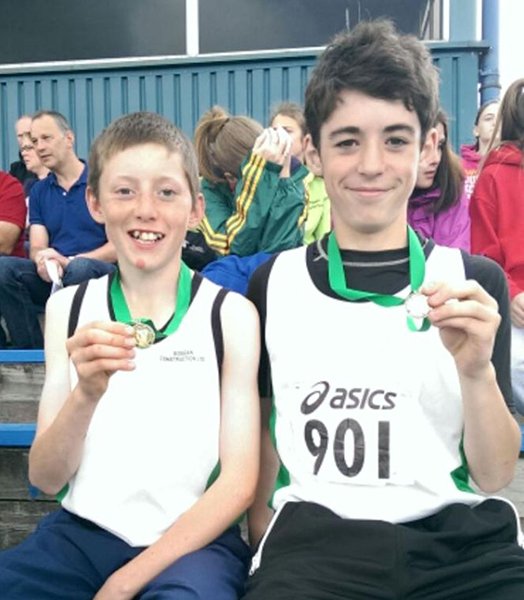 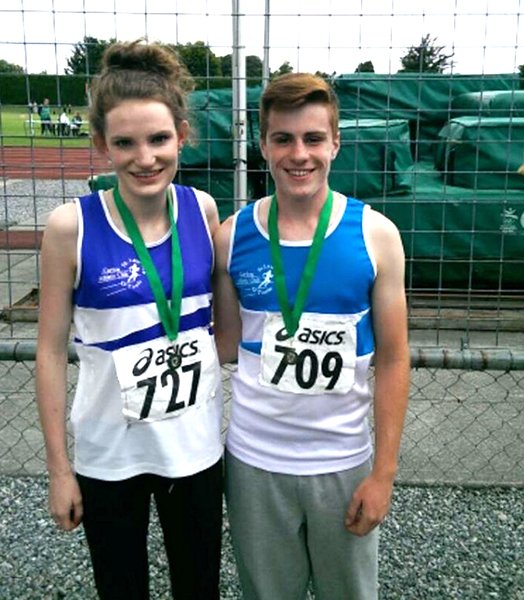 For many the thought of climbing Croagh Patrick would frighten them out of their skin: for some the annual climb is more than enough but for one Ballon man Ireland’s Holy Mountain holds no fear. On Friday 30 May at 11am Keith Butler (31), Laraghbeg set out alone on the daunting task of climbing the County Mayo mountain seven times in three days and by 7.30pm on the opening day of the bank holiday weekend had completed the climb twice. 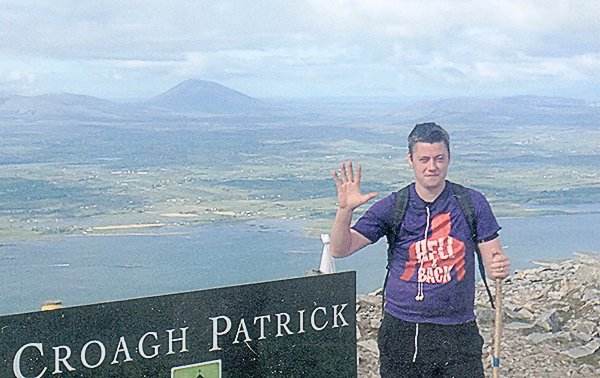 His times for these two climbs were significant; his first ascent was the slowest of the seven at 1 hour 40 minutes – the second his fastest at 1 hour 21 minutes. On the Sunday he made the ascent three times starting at 9am and finishing at 7pm and then on the Monday he made it to the top twice to make it 7-UP. His average time for the seven ascents was 1 hour 30 minutes. Keith’ s climbs were sponsored with all monies raised going to the Autism Unit in Clonegal where his son in a pupil. So far his efforts have raised €1,000.

On Sunday 15/6/14 Gillian gave a piano recital at the GBS theatre as part of Carlow Arts Week. The concert presented piano pieces from the 17th to 20th century. After a short break she gave a medley of well know Irish pieces with her own arrangement and accompanied Pascal Kennedy, baritone, who sung some well know pieces.

Gillian comes from Castlegrace, Ballon and has completed her degree of Music Education in Trinity College with first class honours. She has been accepted onto the RIAM masters in performance to continue her tuition with Hugh Tinney. She played with Trinity Orchestra performing at home and abroad and has won many prizes. She teaches at Carlow College of Music and hopes to pursue a career in piano accompaniment.

The hour long concert kept the audience’s attention and was introduced to some exceptional music and a sparkling performance. The pieces were introduced by Gillian giving the story behind the music which added to the enjoyment.

Gillian and Pascal were given a standing ovation on completion by the audience many of whom came from her townland.

MIRIAM HEADS FOR THE ROSE OF TRALEE FINAL 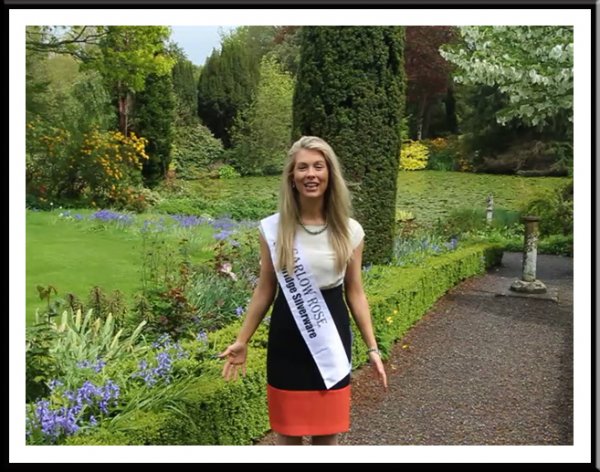 Miriam during her promo. video at Altamont Gardens

24 year old Miriam is a 4th year medical student at UCD, comes from Connaberry, Ballon and is the daughter of John and Margaret Smyth. Miriam is an accomplished dancer and has worked abroad for charitable causes.

Carlow and Ballon wish you all success Miriam and will be glued to the box for the finals.