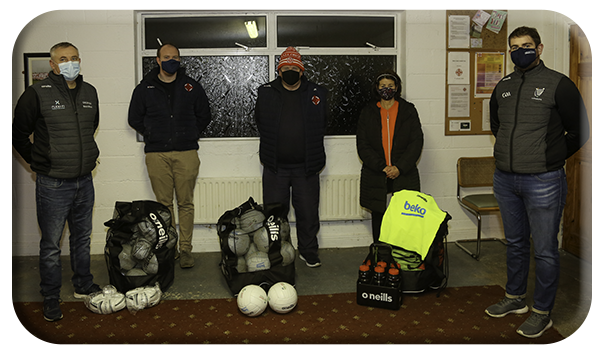 Ballon GFC are the Co Carlow winners of The Beko Club Champion Award for events and community services carried out by gaa club’s nationwide during the current pandemic period. The club collected it’s prize,€1,000 worth of playing equipment on Thursday evening last. Pictured above are Donnacha Murphy(instigator of the major pitch renovation), John Gittens(instigator of the Malin Head to Mizen Head marathon) with club chairman John Kelly, secretary Teresa Maher and John Haughney Leinster Council Commercial & Communications Officer who made the presentation. 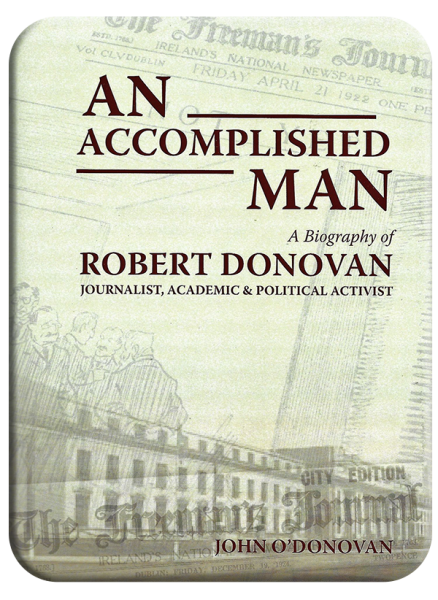 An Accomplished Man, a biography of Leighlinbridge-born Robert Donovan goes on sale this week, in the absence of a formal launch not possible due to Covid-19 restrictions. Researched and compiled by John O’Donovan, the 154-page hardback shines a light on the career of a noteworthy Carlow man whose involvement in national affairs has, hitherto, been largely overlooked. 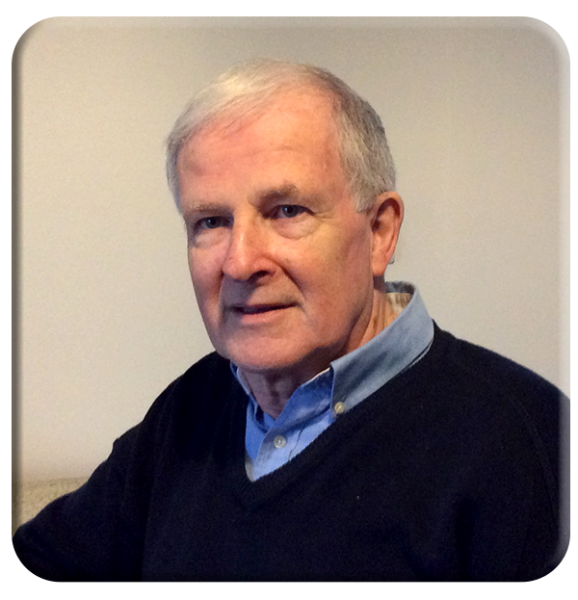 John O’Donovan, from Kilnock, and a former teacher at Tullow Community School, has for many years been keenly interested in local history and politics. Ned Doyle of Ballon – A Political Profile was his first publication, and he went on to write Members and Messengers – Carlow’s 20th Century Parliamentarians. A member of the Carlow Historical and Archaeological Society, John has written a number of articles for Carloviana over the years, having previously been a regular contributor to the Ballon-Rathoe Chronicle, sadly no longer in publication.

An Accomplished Man – A Biography of Robert Donovan, Journalist, Academic and Political Activist, is priced at €15 and is a limited edition. The book can be sourced directly from the author; enquiries via email to odonovanjw@gmail.com 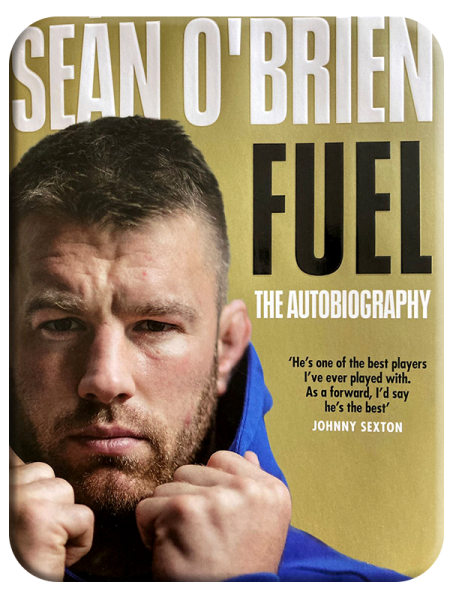 Sean O’Brien, Bog Lane, Ardristan has launched his autobiography, ’Fuel’, written in collaboration with Gerry Thornley, Irish Times rugby correspondent. Sean O’Brien has established himself as a legend of the game of rugby over the past decade. Playing for Leinster, Ireland and the British and Irish Lions he is recognised as being one of the best back-row forwards in the world.

In his book, Sean details his modest upbringing and his time in Rathoe NS and Tullow Community school and pays a great tribute to his first teacher, the late Mrs Betty Maher, Ballylean. He also mentions with admiration his teachers Pat Folan and Sean Dowdall in Rathoe NS. He puts great emphasis on his love of Gaelic football and hurling and his time playing with Ballon/Rathoe schools and the Fighting Cocks GFC.

His first introduction to the game of rugby was through Ballon/Rathoe Community Games. He was a member of an U11 team that reached a county final and which was coached by his father, Sean senior. When Sean was promoted to the Irish youth squad he felt that he had to prove himself a better player than those who had come through the big rugby playing schools in Dublin. This, of course, he did resulting in his selection for the Leinster Academy for the 2005/06 season.

He was awarded his first professional contract for the season 2008/09 and in 2009 was introduced as a replacement in the Leinster team that defeated Munster in the Heineken Cup semi-final. Leinster who went on to win the trophy for the first time that year.  By 2011 he was a regular on the Leinster team and the final of the Heineken Cup against Northampton was surely one of the highlights of his career. To crown a great 2011 Sean won the European player of the Year Award – a truly remarkable achievement.

There was, naturally, low points in Sean’s career and they too are recalled with great clarity.

Sean’s book portrays both the highs and lows of a professional sportsman and despite his great success at the highest level he never forgot his roots and his love for the Ballon/Rathoe and Tullow areas. His framed autographed Irish and Leinster jerseys are proudly displayed in Rathoe NS and Tullow Rugby Club headquarters at Castlemore. Through the years Sean has not been found wanting in lending a hand to clubs and organisations in their fund-raising endeavors.

Thanks to Seamus Hogan for submitting this review. 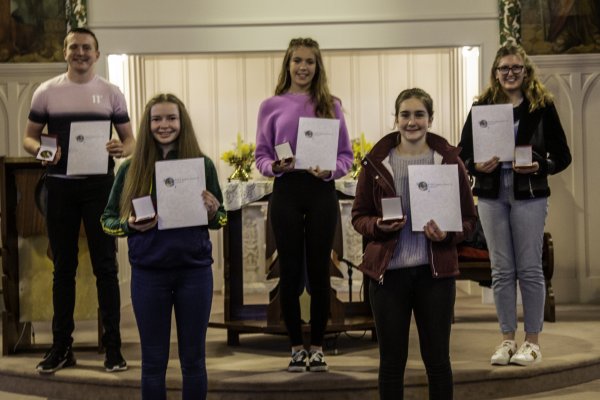 The Pope John Paul II Award is a faith achievement award for young people between the age of 16 and 18. The Award enables participants to take an active part in the life of their Church – in the life of their community and society. It enables young people become more aware of the teaching and role of the Catholic Church in the world and to engage at a deep level with Christ.

The Award was created to commemorate the late Pope Saint John Paul II who was so committed to young people and who had such belief and confidence in them. The Award was launched by the Papal Nuncio to Ireland, His Excellency Most Rev Dr Giuseppe Lazzarotto on 7th November 2006 in the Diocese of Derry, Ireland. There are 3 Award levels – Gold, Silver & Bronze. Those that have completed the Gold Award have a further option of completing the Papal Cross Award.

Sophia Webb took part in the Community Games Creative Communities competition and got 1st place in the 14-16 age group she will receive a special commemorative medal. 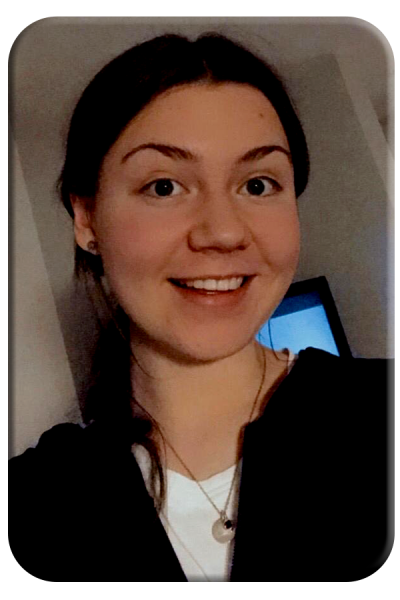 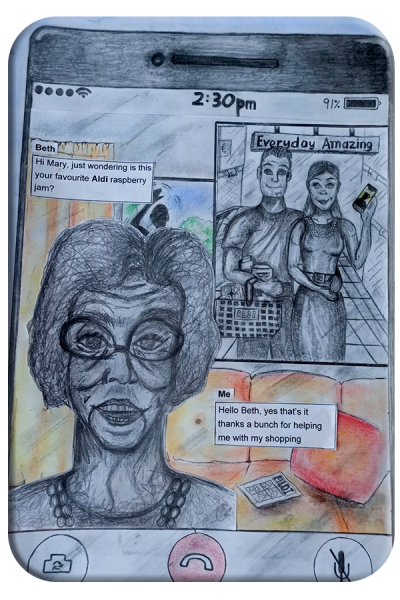 The competition is the schools Credit Union Quiz. Both teams won & have qualified for the next round which is on in Kilkenny on 1st March. 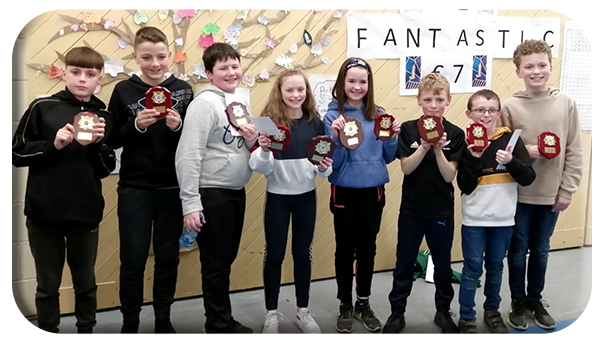 From left to right the names are………….