On the 26th July the umbriferous clouds parted as the Red Sea and lit up Leinster Hills golf club with the kindness of a Mediterranean evening and set the tone for the tea party as a fund raiser for the stained glass windows in Rathoe church. 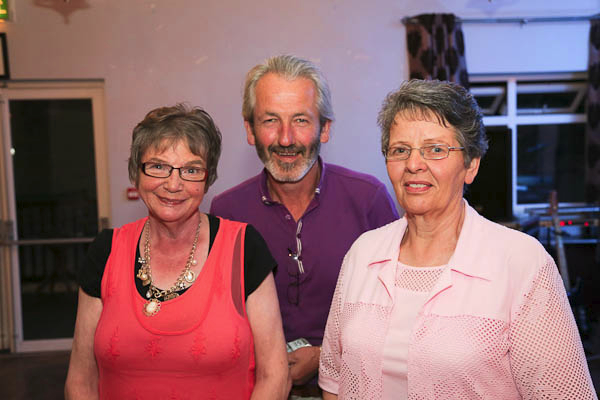 About 120 souls filled the function room and many thanks are given to the hostesses who cajoled their friends and neighbours into supporting the event.

Many thanks too to those who gave spot prizes. The TV set was won by Ruby Glynn.

Music was provided by the Images who played a great variety of dance music supplemented by some good harmony.

“Leinster Hills” did all that was needed in a venue and friendly service. The views of the course and the distant hills were resplendent.

Here are some of the supporters and pictures can be downloaded for free.