Some of the local Dads played a ‘friendly’ soccer match on St Patrick’s Day, 2010 and raised €100 for the school from a whip-round of the players.

Here is a picture of each team and some of their supporters. The match was a hard fought contest which ended in a 1 – 1 draw but the Ballon Boys didn’t bow to the pressure and won on penalties. 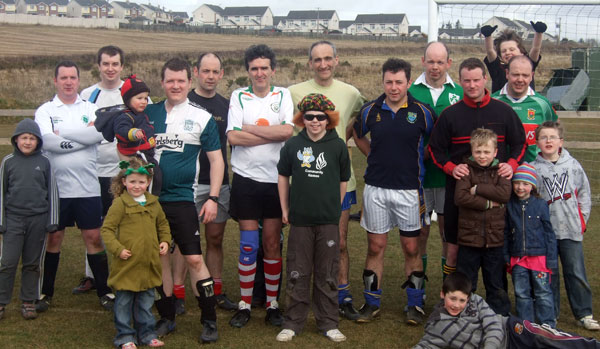 Pictures and narrative by Leonie Fisher.