We did very well

We were invited to send up to 20 pictures with a cross section of the village identity. They were not published, except for two, so here they are so there is some justification for the work involved.

Courgettes and pumpkin in the school/BIG poly tunnel. 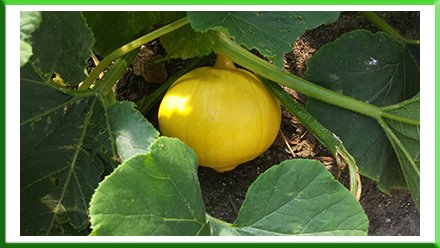 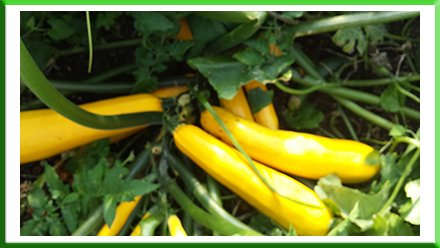 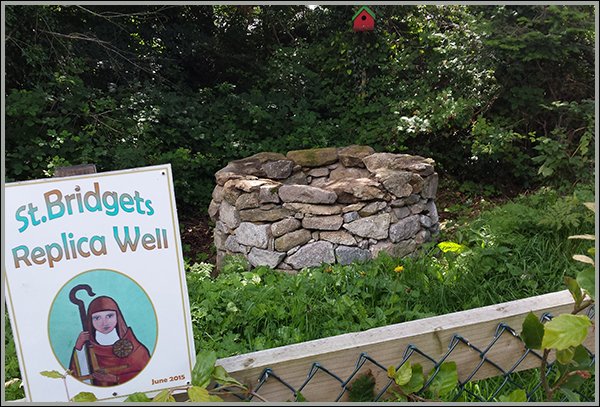 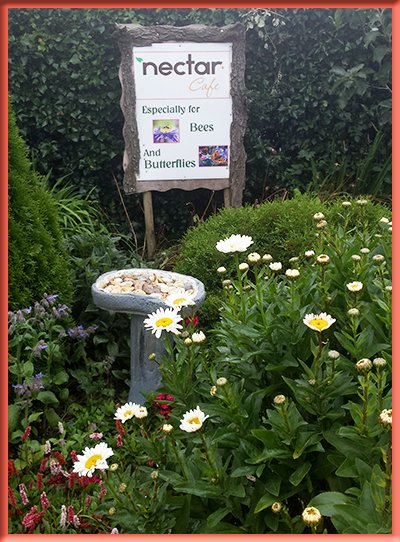 Special Cafe! Business is buzzing at present in Ballon’s newest Cafe. The place is a hive of activity.

Ballon first get together of new junior gardening and Young Tidy Town group. As it was raining the group potted up some Basil in the village Polytunnel. The Basil was sown by a Grow your own class some weeks ago. 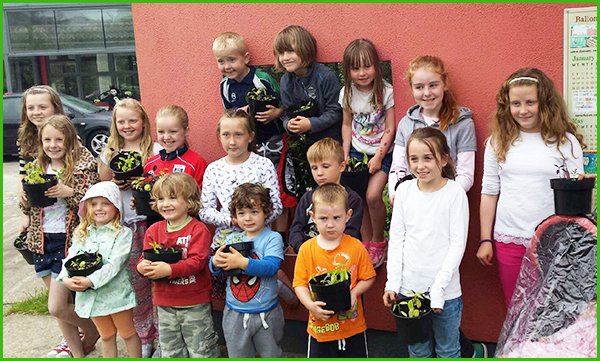 Delighted to be asked after working with three different Green School Committees. Five Green Flags now flying at front of schools. Congrats to school and special thanks to Mrs Mullins. 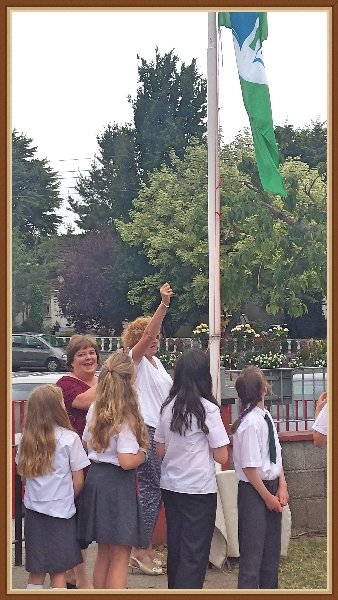 Volunteers needed to keep the vegetable garden at the school over the summer months. Please contact Siopa Glas if you can help in anyway. 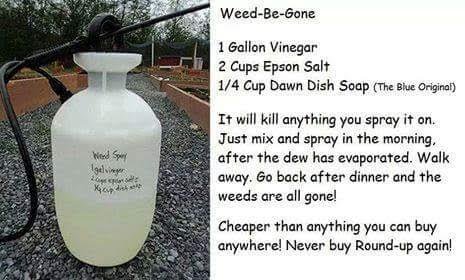 Save money. Use FAIRY INSTEAD OF DAWN DISH SOAP 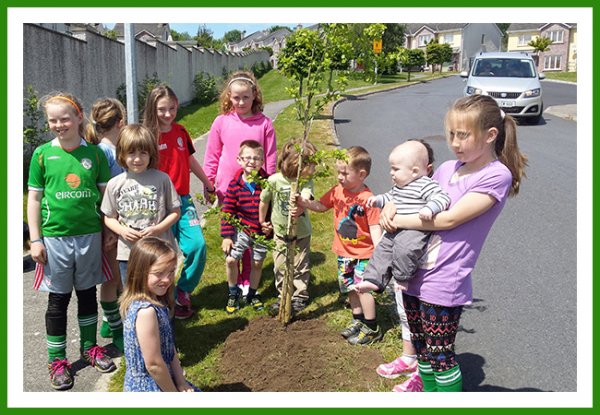 Children from Mullawnmore planted a Fairy Tree Saturday 13th June. This tree marks the start of a fairy trail through the estate.  The fairy doors can be found on several of the trees.
The doors were made from recycled timber and the children painted and decorated them. Tà na Sìoga sasta.

Maire and Eileen attended the 20th Birthday of the Heritage Council for their contribution to Heritage Matters. 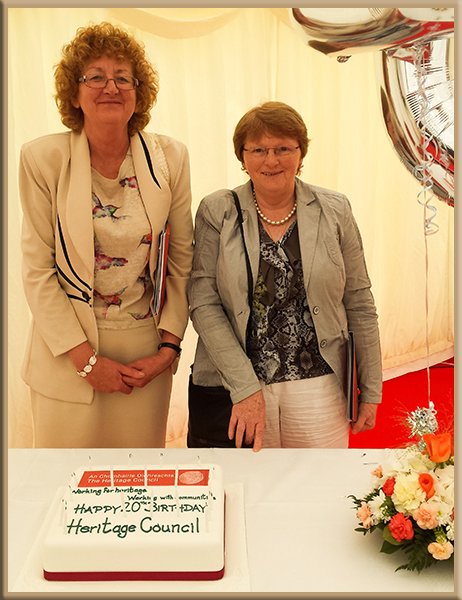 As the day turned into night on Saturday 16th of May  a group of adults and children gathered in the village at the end of Ballykealey Lane.   Paul Cutler  Head Gardener of Altamont and member of Birdwatch Ireland and Ballon Improvement Group lead the group up the lane and into the Walled area of Ballykealey Woods.
After a short introduction by Paul all tuned into the wonderful Dusk Chorus.
Distant Pheasants called and several Robins sang in competition with each other. It was magical to just stop and listen. Nature is wonderful. We just have to slow down and enjoy being at one with the music and sounds all around us.
The stars of the evening were a Blackbird singing its heart out on the roof of a house and a song Thrush singing right over our heads.

Our next venture up Ballykealey Lane may just be a Bat Walk as there plenty seen walking back up the lane.
But this night belonged to the Birds which we left aseep and headed for Siopa Glas where a Cuppa warmed everybody up.

Over the last 12 months local photographer Michael Martin has captured the wild flowers seen in the lane. Identification was with thanks to www.irishwildflowers.ie, Paul Cutler of Altamont Gardens and Ciarán Byrne a local biodiversity graduate. Ballon Improvement Group funded the printing and framing of the board and it was mounted at the old entrance to Ballykealey House in the lane.
Shown are local lane dwellers Sophia, Lauren and Alex Nolan and Ciara Lalor. 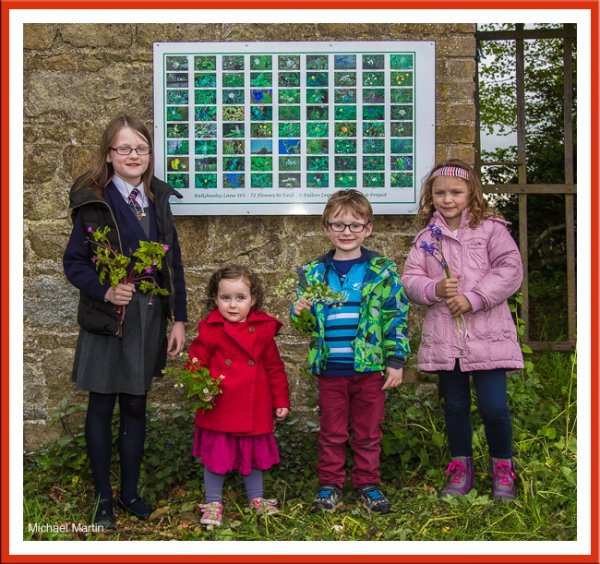 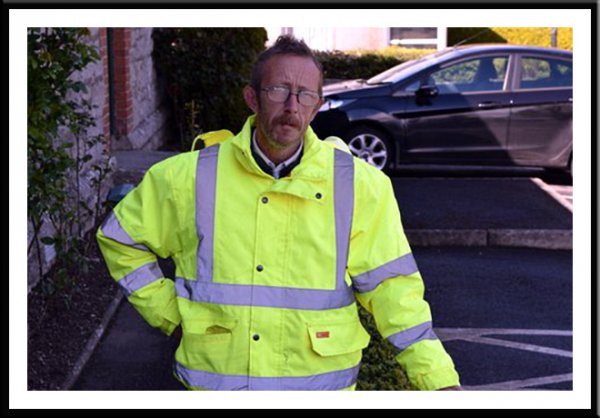 Tom Rodgers from Rathoe is back in Ballon. Tom was on the first Fas
Scheme as an environemental worker for the Village.  This time Tom
returns under the Tus Scheme and we are delighted to have him on the
Ballon Improvement Team. 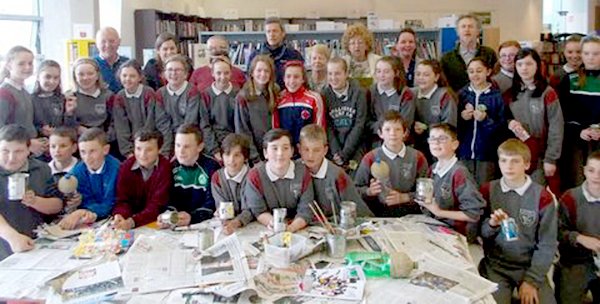 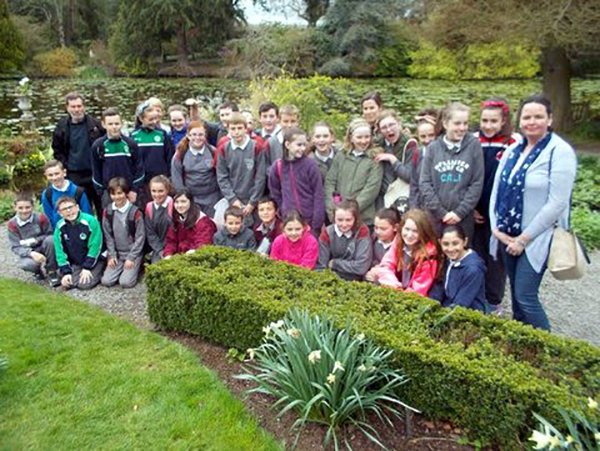 28/3/15
“Be a Responsible Dog Owner and Clean up after your Dog” Free poop scoopers  in Siopa Glas and the Old School , they are supplied  by Carlow County Council so no excuse from not keeping Ballon clean.

We would like to say thanks to our two Tús workers Miles & Liam who are saying goodbye after a their years work keeping Ballon Village neat & tidy.

Please also keeping the village free from litter and pick it up as you go.
If you find a large amount of unsightly litter you can contact Carlow County Council Litter Warden James Lakes on 087-8594550 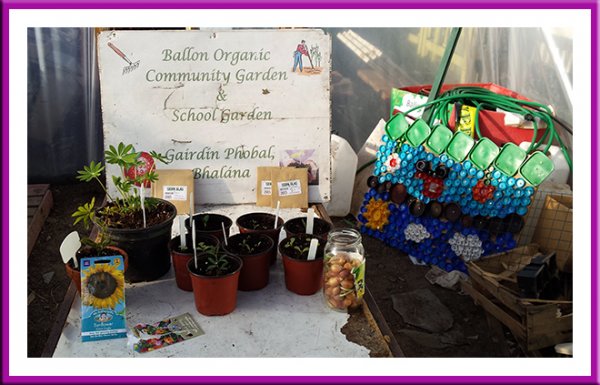 Picture taken in the school tunnel.

All ready now for early outdoor sowing in the organic garden.
Best of luck to Ballon School and Green School and gardening committees for the big Biodiversity test tomorrow in order to gain their fifth Green Flag

Our local heritage butcher Michael Mc. Assey  to be supported.
Shopping local you will be supporting jobs  in Ballon. All meat comes from Ballon Meats our local meat factory. 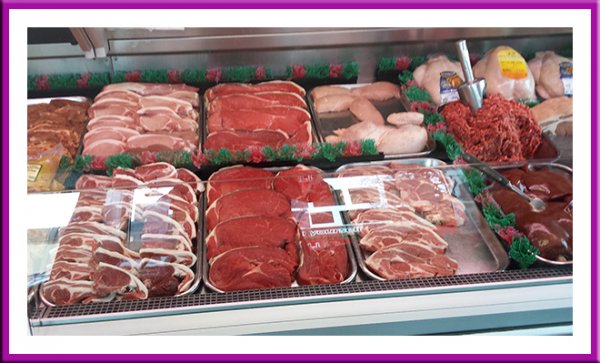 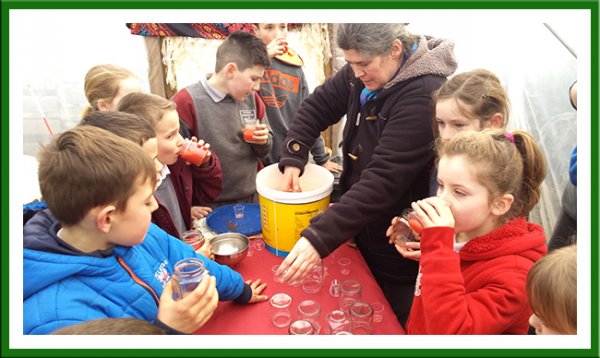 Today all the weeds ie. Plants growing in wrong places in the school/Community Garden were all dug up and composted.
The Green School Committee and the school gardening club took part. Thanks to parents Alan and Maria who came along to help and join in the fun. 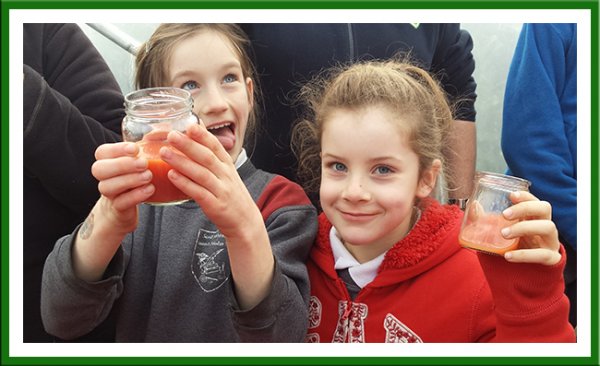 Freshly made Nectar drinks went down a treat. Some of the many pre-used jam pots donated by members of our community were used for drinking glasses.
The combination of outdoor activity, Agenda 21 funded tunnel  and novel party idea worked a treat.
We all look forward to a great gardening season. Is feidir linn. 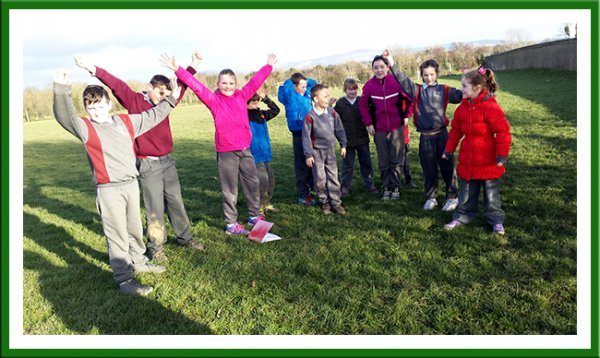 The Committee is make up of 2 representatives from each class from 1st class up Mrs Bernie Mullins Teacher and Máire George the BIG link.
Our program for the Biodiversity Flag for the school started in earnest today.
As BIG will be trying for an Award this year in the TT Notice Nature section it will be a very exciting time for us all in Ballon Nature Wise.
Also working hard on this project is Paul Cutler, Head Gardener at Altamont and Michael Martin the Web master of this great Website.
We will keep you posted on all the happenings as they occur.
The best way to get involved is to come along to the BIG AGM advertised on the Diary page.  If you cannot attend the meeting but would like to get involved in anyway for any of the Community Group Activities please call into Siopa Glas and have a quick word with any of the volunteers.
Is feidir linn! 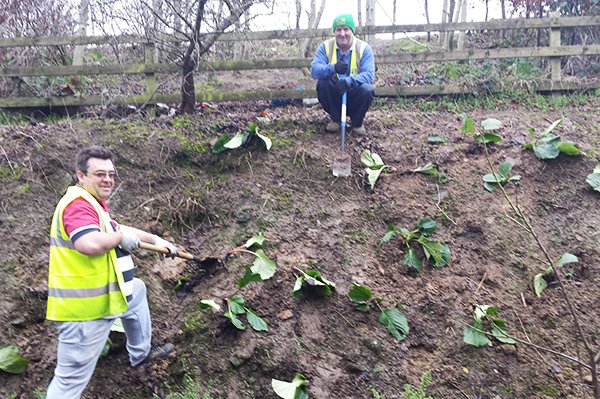 First day of Community Work for 2015. Pictured are Liam and Miles planting up some

Elephant Ears in the Peter and Paul Walkway.

Siopa Glas would be delighted to receive any divisions of Perennials for the walkway project. Please leave in at your convince. Is feidir linn!