On Monday evening, July 4th Burren Rangers fielded for the first time in the Carlow GAA and Carlow Camogie Minor Championships. This was a unique moment for both teams and their team mentors some of whom have worked with these groups since 2009.

Competing in the minor hurling championship was the next stage in the progression of the Burren Rangers hurling club. The Burren Rangers Adult GAA Club was founded last year to facilitate those who were eligible to play minor but the club felt numbers did not allow for such a venture. As a result, it was a case of into the unknown on Monday 4th July when this group of players lined out against Naomh Bríd in the Superbowl, Leighlinbridge for the club’s first ever minor championship game.  One thing those players do not lack is determination and this coupled with a work ethic and a positive attitude hopes were high among players & management that we could be at least competitive and maybe even cause an upset. Throughout the course of the game Burren Rangers were more than breaking even, with many of our lads winning their individual battles. Leading by a point at half time, confidence was oozing from these young men. However at full time the scoreline read Naomh Bríd 1-9 Burren Rangers 1-8. There were many fine displays but best for Burren Rangers were Conor Murphy, Jim Nolan & Lorcan Moore in defence; Robert Gahan & Conor Quinn worked tirelessly at midfield and Sam Meaney, Seamus English Hayden & Jack Ryan in attack.

According to Jarlath Bolger (coach) these lads “manned up to the challenge and really came of age with a performance deserving at least a share of the spoils”.

There was a quick turn around with the second fixture against Erins Own three days later. We had home advantage and a belief that we could build on the Naomh Bríd performance with two of the first fifteen on holidays and our captain & centre back ruled out due to sickness, the management team had a real job on their hands to get the line up right. The game started at a blustering pace and from the start it was very evident that this was a much more physical game with an increase in tempo. Once again Burren Rangers did not shy away from the challenge. Leading by a point at half time once again hopes were high that we could see this one out. However the concession of two early second half goals gave us a mountain to climb but to their credit they pulled it back to two points with a Mikie Slattery goal. The game finished 2-13 to 2-10 in favour of Bagenalstown but the most pleasing aspect of our performance was that we hurled to the end with a spirit that most teams would be envious of. Best for Burren Rangers on the night were Richard Butler, Jack Dunphy & Conor Moore in defence; Robert Gahan was like a trojan at midfield and Sam Meaney, Mikie Slattery & Seamus English Hayden looked lively in attack. 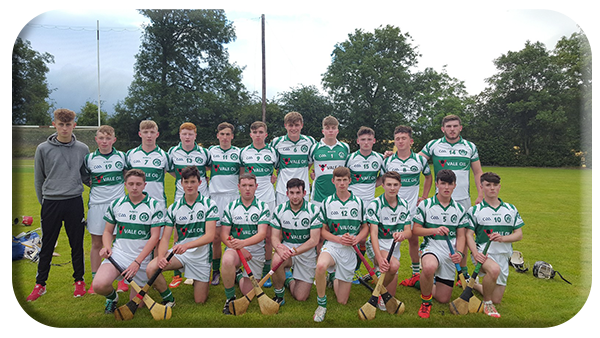 For the minor camogie team is was a trip to the scenic Bahana, St Mullins to take on the home side St Mullins. A moment of history for the camogie club and memories of their  first ever match at Under 10 match in 2009 came flooding back against the same opposition. Like the minor hurlers the girls fought with determination, worked hard for each while fielding a young enough side. The concession of a few early goals hindered their chances but an outstanding second half saw Burren Rangers out scored the home side with Micheala Flood in great scoring form in front of goal but St Mullins had done enough in the first half to secure victory. Best for Burren Rangers on the night were Sarah Bermingham, Rebecca Kelly, Casey Walsh, Aoife Lawler, Aimee Kane and Eva Kealy in defence; Aine Kennedy, Adora Iroh and Laura Ward never relented at midfield and Anna Tracey, Sarah Buckley, Ciara Buckley and Michaela Flood looked lively in attack but it was a good over all solid team performance. 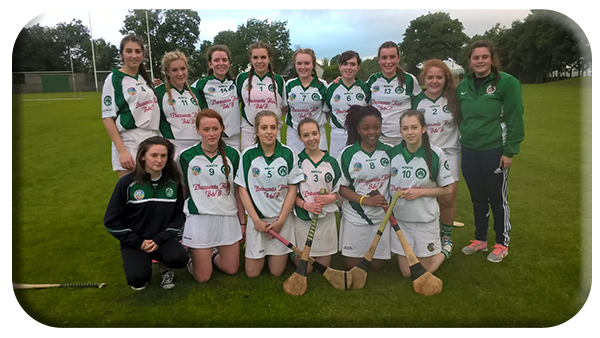 Two games into the minor hurling championship, one game in the minor camogie championship, what was the unknown very definitely now is the known. Progression & development is what it is all about. Burren Rangers has come a long way with the “small ball” and we owe huge gratitude to all those with the vision and work ethic to bring camogie and hurling into predominantly football area back in 2009.  Thanks to all our excellent coaches who have worked so hard with these groups over the years.

The next step is learning how to come out on top, but for the moment, well done and keep working hard and participating. Burren Rangers Abú.

The Rower went 3 points up in the first half playing with the benefit of a strong wind. Burren Rangers were awarded a free within a minute of the restart, with Martin Carroll finding the net, shortly followed by Jake Nolan scoring a three pointer from a free. The Rower quickly bounced back with a goal to tie the game. With 2 minutes to go a goal mouth skirmish lead to Rory MaCaffrey burying the ball in the net. Final score 3-1 to 1-3 and Burren Rangers were crowned Kinsella Cup champions. 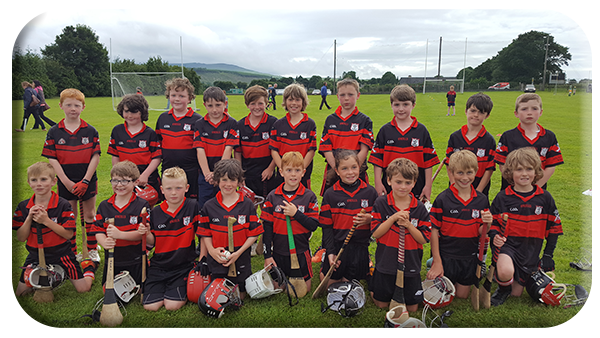 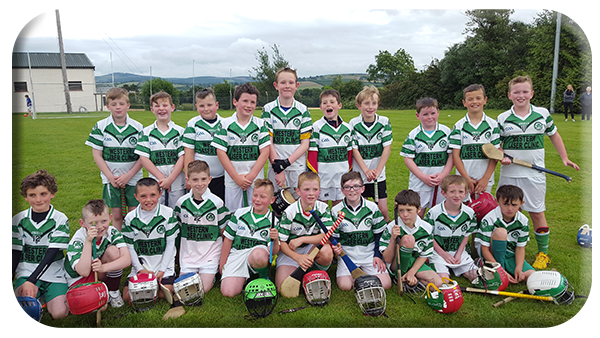 Padraig Holden, Club Chairperson represented the cup and medals and  thanked Kilbride GFC for the use of their pitch and facilities and to all the coaches and committee who were involved in organising of the event. He thanked Billy Fanning and Martin Doyle for refereeing all the games and a special thanks was afforded to the Kinsella Family for their continued support of the club.

Congratulations to all the players & coaches from participating clubs.

The first ever trip to Feile na nGael for a Burren Rangers Camogie team was thoroughly enjoyed by all with so many memories which will be cherished.

Burren Rangers were hosted in West Waterford by the Cappoquin club and the welcome afforded to the team, their mentors and parents was something special.  They competed in Division 5.

In their opening game on Friday evening Burren Rangers played Moyle Rovers from Tipperary and lost 2.3 to 0.0 despite a very good performance. There second game was against international visitors San Francisco and after a really entertaining game Burren Rangers came up short on a score line of 1.0 to 0.0.

On Saturday Burren Rangers played their host club Cappoquin and enjoyed a memorable victory on a score line of 1.2 to 0.0. This was a great team performance in which the girls really showed their potential. This result ensured the team of a shield semi final place on Saturday evening with a trip to Tipperary.  The opposition was St Eunans Donegal who proved to be a more physical and bigger side to any other team Burren Rangers met over the weekend. However the girls battled to the end as they had in every other game with the final score 2.0 to 0.0. St Eunans went on to win the shield final on Sunday which shows how close Burren Rangers came to winning a National Féile title. 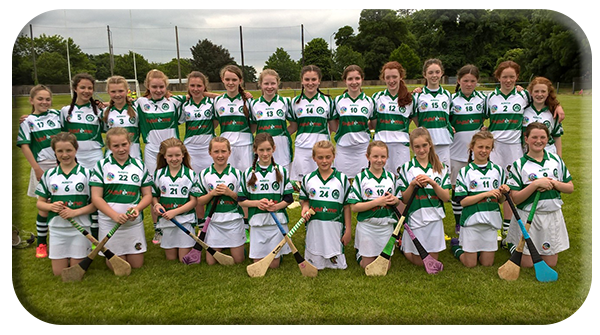 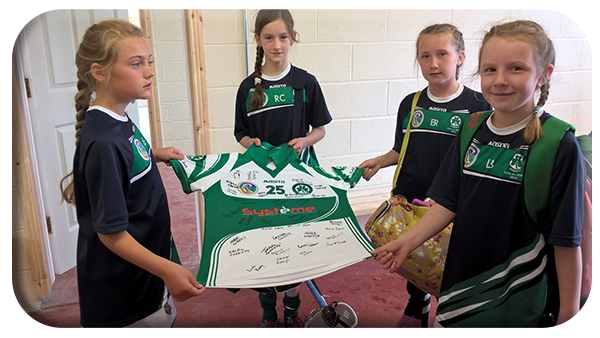 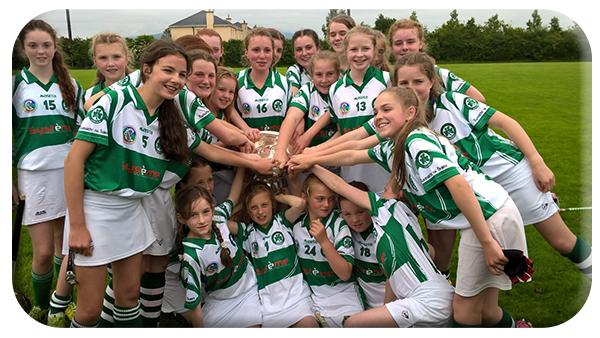