Rathoe Hall was the venue for the finals of the under-13 and under-16 County Carlow Community Games chess competitions on Friday night 27 March. Ballon/Rathoe were crowned the under-13 champions after defeating Tullow/Grange 5-0 in the semi-finals and St Lazarian’s, Ballinabranna 3-2 in the final. The winning team was Lorcan Doyle, Ballinvalley (captain), Cormac Kinsella Sandbrook, Michael Butler, Laraghbeg, Kevin Maher, Ballylean and Eoin Doyle, Ballinvalley. The substitutes were Roisín and Daire Connolly, Ballymogue. The team will now go forward to represent County Carlow in the Leinster competitions. The area failed to field a team in the under-16 age group. 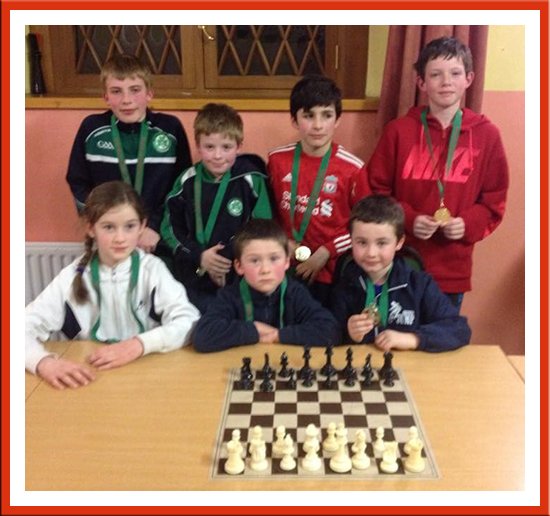 In the hushed hall of Ballon NS. 24 children from the county competed in U10, U12, U14 Boys and Girls finals today.

Winners will represent the county at the All Ireland Finals in Athlone in August.

The concentration was palpable over the 3 hour period.