Ballon/Rathoe Credit Union closed for the last time on Monday 20 April after 52 years of trading and serving the people of the area. The branch became a sub-office of Carlow CU in 2015 but in recent times the volumes of members visiting the Ballon/Rathoe office  decreased significantly while the number of Ballon/Rathoe members availing of the longer opening hours in Askea house increased significantly.  CDCU remain committed to the Ballon/Rathoe community and will continue to provide all credit union services to the community members via their other offices, automated services and online offerings for years to come.

All accounts from the Ballon office will remain in place and can be serviced at any of the CDCU’s other three locations – Head office, Askea, Rathvilly or Mayo-Doonane sub-offices.  Members can avail of loan offerings at any of CDCU’s offices and the mobile lending officer is available to Ballon-Rathoe members for their convenience.

Ballon/Rathoe Credit Union was formed in March 1968 with the late Bill Nolan and Michael Kavanagh as joint secretaries. The following month the following directors were elected- president, James McEvoy; vice-president, John Boylan; secretary/treasurer, John Donohue and Patsy Nolan and Michael Kavanagh. By September that year  it had 70 members who had more than 600 pounds invested.

The  ever-expanding Credit Union marked its 25th anniversary in 1993 by opening its new premises on the Fenagh road in Ballon ( it had operated in the village hall prior to that). In September 2015  Carlow District Credit Union Ltd announced the completion of the transfer  of engagement with the Ballon/Rathoe branch. The transfer was the first involving a Carlow based Credit Union.

Carlow District Credit Union will be hosting a Coffee morning in their Carlow & Ballon Offices on Friday 24th February to raise funds for Shan Tynan.
Your support would be greatly appreciated.

Pop in for a cuppa, and a chat.

Yesterday the Credit Union threw a party for the special needs children and their teachers from Ballon National School. The children were thrilled to have a chat with santa and to get a present from him. They joined in with songs and verse and entertained us all. The teachers also got the opportunity to be with the big man and enjoyed themselves as well. After there was plenty of goodies to eat and drink.

Launch of the updated web site 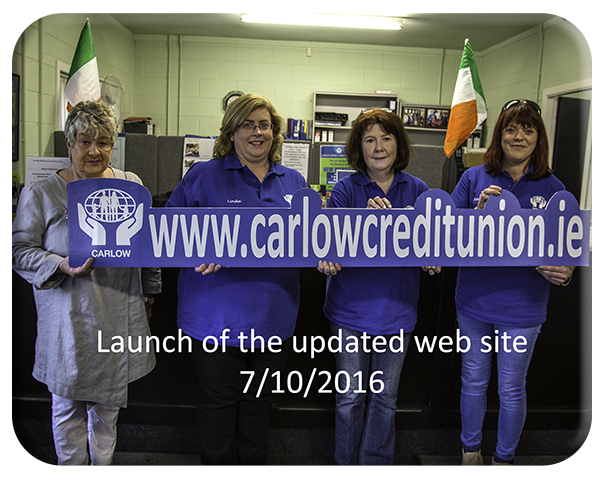 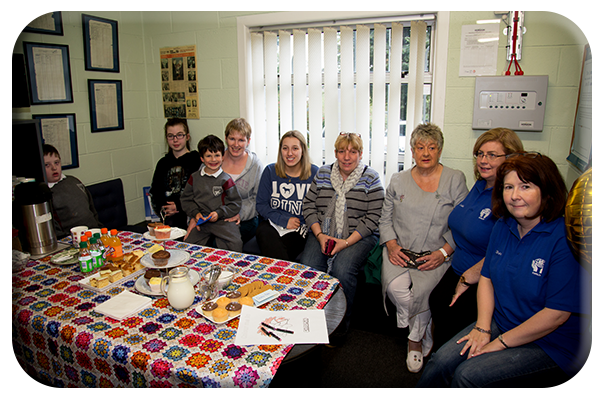 Some customers enjoying the chat 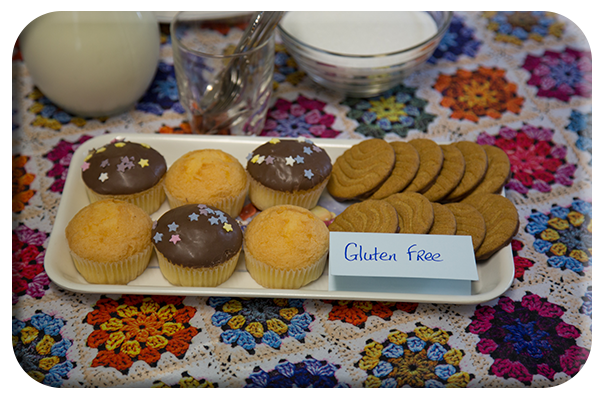 The Credit Union knows its customers

Carlow Credit Union has just launched its 10th Educational Bursary Award where a student going into College for the first time can apply for this Draw. You could win €1,500 per year for 3 years, totalling €4,500 towards your college expenses. Check out the youth section of their website www.carlowcreditunion.ie for full details, terms and conditions. The student needs to be a Member before 1st. June.

Here is a link to the page on our website http://www.carlowcreditunion.ie/content.asp?section=34&bgc=&sbgc= 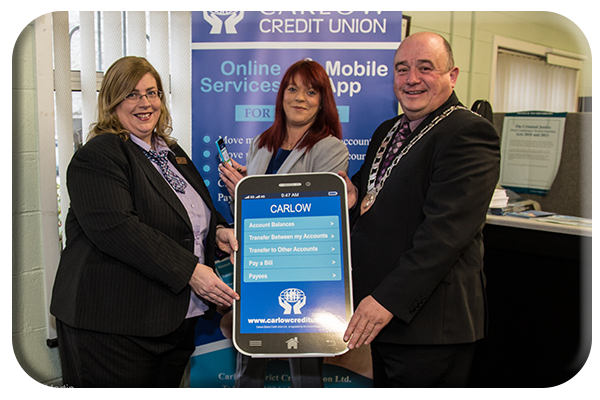 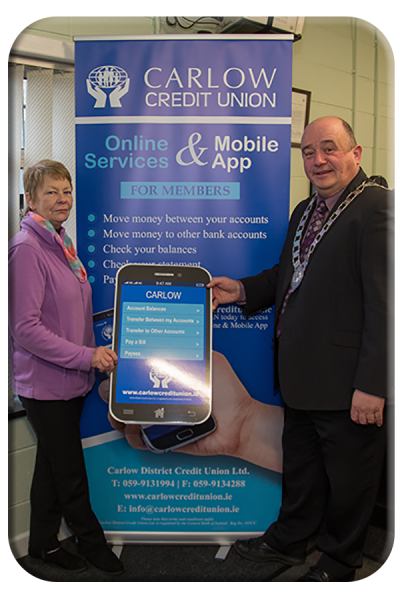 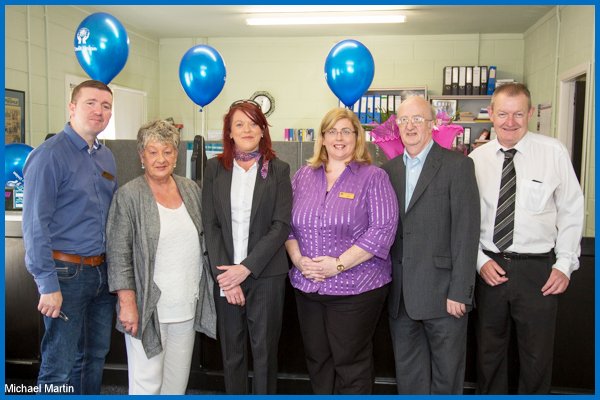 Carlow District Credit Union Ltd, are pleased to announce the completion of the transfer of engagement with Ballon & Rathoe Credit Union Ltd, which will see an enlarged Credit Union of over 26,000 members with a combined balance sheet in excess of € 86 million euro, commenced business on Thursday 17th September.

The transfer is the first involving county Carlow based Credit Unions and has received approval from the Registry of Credit Unions.

Speaking at the commencement of business Michael Lyons, Chairman of Carlow District Credit Union said “We are delighted to be bringing an extended service to the members of Ballon & Rathoe and look forward to a long relationship with the members and to further expansion” He paid tribute to the many volunteers who had given freely of their time since 1968 to ensure the people had access to alternative financial services in the area.

The transfer will see members of both credit unions having real time access to their accounts at either location. Members of Ballon & Rathoe will now have access to on-line banking, EFT payments and Credit Union ATM along with a range of competitive lending rates.

Chairperson of Ballon & Rathoe, Joan Carroll said “ We are pleased to have concluded this transfer with Carlow Credit Union who have committed to providing an expanded service to our existing members and preserving the present of a credit union in the area”

This Branch was opened on the 5th March 1968 as a service to the community. 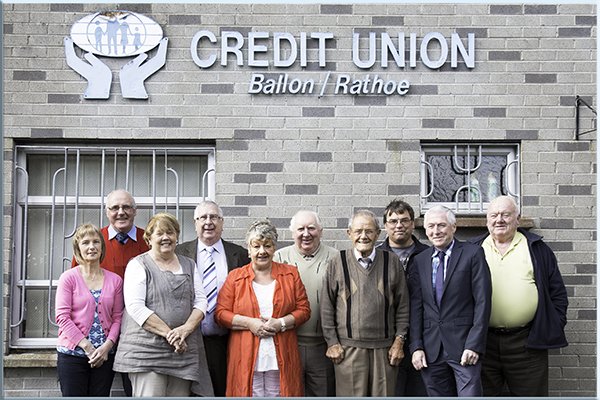