Helping children to cope with grief 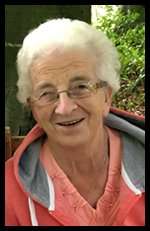 The death took place at St Luke’s Hospital, Kilkenny on Tuesday 28 April of Mrs Frances Nolan, Bendenstown, Rathoe.  Aged 73 she was formerly Frances Halligan and was daughter of the late Ned and Nancy Halligan, Ballintrane.

Frances worked at various times for the late Mrs Hall  (of Carlow Hunt fame) in Kellistown and in the Royal Hotel, Carlow and Ballykealey House Hotel. She married Joe Nolan in 1968 and the couple had three children, two sons and a daughter. Frances had little interests apart from being a wife and mother and later a grandmother but she did spend time looking after her garden and flowers. She enjoyed the tours with the senior citizens and liked to watch the soaps on television.

Because of the restrictions on large gatherings by the government to help prevent the spread of Coronavirus only close family and friends attended the requiem mass celebrated by Rev Thomas O’Byrne PP, Myshall in St Patrick’s Church, Rathoe on Thursday 30 April while neighbours and acquaintances gathered in the cemetery yard observing the two metre social distance as Frances was laid to rest in the adjoining cemetery. Others turned out along the route to the church to pay their last respects to a kind neighbour and a good friend. 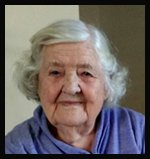 The parish of Ballon/Rathoe lost one of its oldest and most popular residents with the sudden passing of Mrs Kathleen Murphy, Carrigslaney, Kilbride on Saturday 28 March. She was aged 92 years.

Formerly Kathleen Brazil and a native of Ballyduff, Ferns she married Jim Murphy from Gurteen, Bunclody in 1946 and the couple had 13 children, They moved to Carrigslaney in 1949 where they farmed and raised their family.

Tragedy struck in 1970 when Jim was killed in a traffic accident about a mile from his home and Kathleen was left to raise her family, the eldest 22 and the youngest just three years. With the help of her older children she carried on farming until her sons were old enough to take over.

Kathleen was a much-loved mother, neighbour and friend who never missed Sunday Mass. She was kind and generous and had a large circle of friends. She was famous for her home-baking, especially her brown bread, and did some baking on the day prior to her death. She had a beautiful garden which included Sweet William, Flox and most noticeably a beautiful display of Sweet pea every August. She liked to watch TV in in the evenings.

Her remains reposed at her home before being removed directly to Ballon cemetery for burial on Monday 30 March. In keeping with the governments directive on crowd sizes to help prevent the spread of Coronavirus there was no Requiem Mass and only immediately family were allowed by the graveside where Fr Andy Leahy, Tullow officiated.  A celebration of Kathleen’s life will take place at a later date. 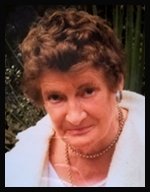 Mrs Kitty (Catherine) Reddy, Graigue Cottage, Templepeter whose death took place at her residence on Wednesday 18 March was in her 103rd year and was the oldest parishioner in the parish of Ballon/Rathoe by some distance. She was born Kitty Gaul on 1 February 1918  to her parents Richard and Brigid and grew up and helped out on the family farm at Bricana, Gowran, County Kilkenny. To put everything into prospective, When Kitty was born, World War I was still ongoing, women only had the vote for the first time if they were over 30 and rural electrification had yet to happen.  Kitty certainly saw some incredible changes during her long, happy and healthy life.

She married Johnny Reddy on 21 November 1956 and moved to Templepeter where she farmed with Johnny. The couple had one son, James. She was a devout Catholic who loved her pilgrimages to Knock and holy water. She was a great animal lover and she especially fond of her pet cats and sheep. She was an avid gardener, who absolutely loved flowers and  created a beautiful garden at her home in the Fighting Cocks, where she had many friends. Kitty followed politics all her life and was a great Fianna Fail supporter. She continued to vote well into her nineties.

Kitty was cared for in later years by her daughter-in-law Margaret and son James, and grandchildren at her home as she wished.

Her remains reposed at Kearney’s Funeral Home in Fenagh before being removed to Saint Patrick’s Church, Rathoe on Saturday 21 March for Requiem Mass and burial afterwards in the adjoining cemetery.

Kitty is survived by her son Jimmy, daughter-in-law Margaret, grandchildren Bernard, Cathy & Valerie, great-grandchildren Jamie, Adam & Max, nephews, nieces, relatives, neighbours & friends. She was predeceased by her husband, Johnny in 1974 leaving her a widow for 46 years.

Because of the restrictions on large gatherings by the government to help prevent the spread of Coronavirus only close family and friends attended the requiem mass celebrated by Rev Jim O’Connell Adm while neighbours and acquaintances gathered in the cemetery yard observing the two metre social distance. 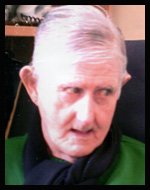 The death took place in St Luke’s Hospital, Kilkenny on Thursday 5 March of Thommy Nolan, Kelvin Court, Carlow and formerly from Sraugh, Ballon. Son of the late John and Mary Nolan, he was aged 80.  He was fond of music and played the tin whistle. His remains reposed at Kearney’s Funeral Home, Fenagh before being removed to the Church of SS Peter and Paul, Ballon on Sunday 7 March for Requiem Mass and burial took place in Ballon Cemetery immediately afterwards.

Tommy is survived by his sisters Maggie Kelly (St Lazerian’s Home, Bagenalstown) and Kathleen Gaskin (Kilconnor, Fenagh), nieces, nephews and other relatives. He was predeceased by his sister, Maisie.

He was 60. A very quiet and retiring man Patsy worked at Kellistown Chickens and Lapple on leaving school but left work at an early age to care for his parents and brother. His religion was important to him and he liked getting involved in church services. He loved to socialise in the pub at weekends and he was a keen gardener and maintained him home to a very high standard.  He watched TV quiet a bit and was a great fan of the various soaps.

His remains reposed at his home before being removed to the Church of SS  Peter and Paul, Ballon on Friday 21 February for Requiem Mass and burial took place in the local cemetery afterwards. Patsy is survived by his sister Nuala O’Dwyer (Waterford); brothers Johnny (Ballykealey), Seamus (Ballykealey), Anthony (Carlow), Tommy (Killane) and Gerry (Killane); aunt, Nuala Coe (England); brother-in-law, sisters-in-law, nephews and nieces. He was predeceased by his parents and brother Timmy in 2017. 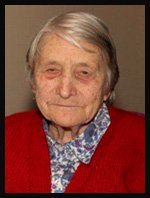 The death took place peacefully in the loving care of the management and staff of the Sacred Heart Hospital, Carlow on Monday 3 February of Ms Hannah Nolan, Bendenstown, Rathoe. Hannah was in her 100th year and as such was the second oldest parishioner in Ballon/Rathoe. Hannah worked for a while in Erin Foods in Carlow but her love of animals and livestock led her to work for local landowner, Danny O’Neill, as herdswoman for decades.

Requiem Mass took place on Thursday 6 February in the Church of SS Peter and Paul, Ballon. She was buried alongside her parents immediately afterwards in the old cemetery adjoining the church – the first burial there in 15 years. Fr Jim O’Connell Adm officiated.

Predeceased by her brothers John, Mick, Lal and sister Maureen (Connie), Hannah is survived by her loving family Jim, Bernadette, Amelia, Loretta, Daira, Hannah and Gavin and by the Nolan, Brophy and Maher families, extended family and friends. 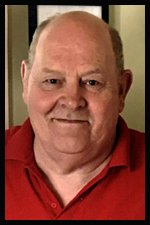 Larry (Lance) Dowling, Castlemore, Tullow, Co. Carlow, passed away peacefully on Friday 3 January, surrounded by his loving family at University Hospital, Waterford. He was aged 71 years. Lanced worked with various engineering firms before forming his own company, South East Aluminium, installing windows and doors as well as manufacturing wrought iron gates and spiral staircases. A sample of the latter work can be seen in SS Peter and Paul’s Church in Ballon.
Lance married Theresa Connick from Enniscorthy in 1970 and the couple had six children, four sons and two daughters. Car rallying was his main sporting interest but he also played squash in Rathoe for several years.
His remains reposed at his home before being removed to St Patrick’s Church, Rathoe on Sunday 5 January for Requiem Mass, followed by burial in adjoining cemetery.
Lance is survived by his wife Theresa, sons Laurence (England), Fergus (Ballon), Mark (Carlow) and Cyril (England); daughters Wendy Walsh (Ballintemple) and Geraldine Kinsella (South Carolina) and by his sons-in-law, daughters-in-law, 15 grandchildren, brothers Seamus and David, sister Anne, brothers-in-law, sisters-in-law, aunts Tess and Shelia, nephews, nieces, relatives and friends.