The fine granite stone barracks dates back to 1851. The site was sold to John Lecky and a lease was granted for the building of a station for the Royal Irish Constabulary. 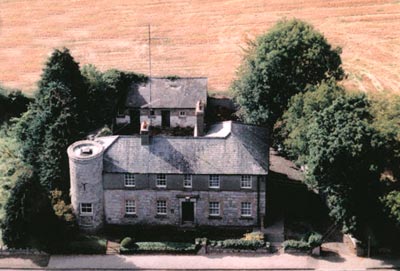 The station was badly damaged in the 1920’s and in 1928 Colonel Lecky granted a lease to the Commissioners of Public Works to construct a garda station and dwelling house which was occupied by the gardai in 1931. There was a condition that the building could not be use as a convent or school etc.

By coincidence a constable posted there in 1877 shares the same surname of the previous garda – Shanahan. 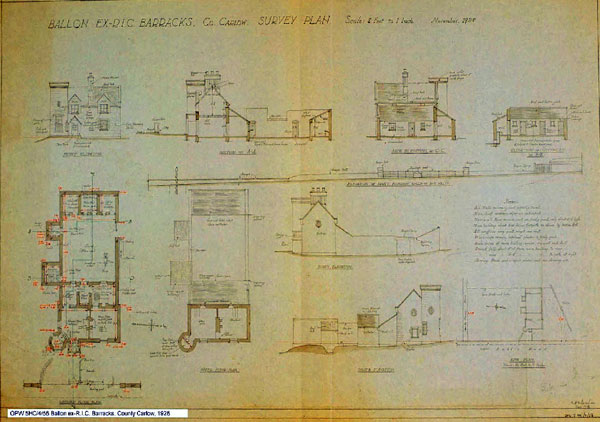 Here is plan drawing of the barracks dated 1928 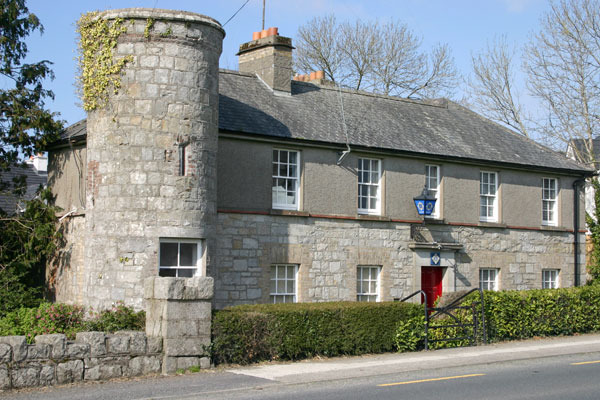 And how it looks in 2008 showing it to have been enlarged since the above plan was drawn.

As a Garda Station it must rank as one of the more interesting ones and is a real asset to the village in terms of architecture and history. It is believed that at one time there was accommodation for ten gardai there. BIG has contacted the Supt. in Carlow and the OPW to encourage keeping it in better order and to add ambient lighting but there has been no progress to date 16/8/08.

The Office of Public works is carrying out some remedial work on the outside of the building mainly to keep it ‘dry’. 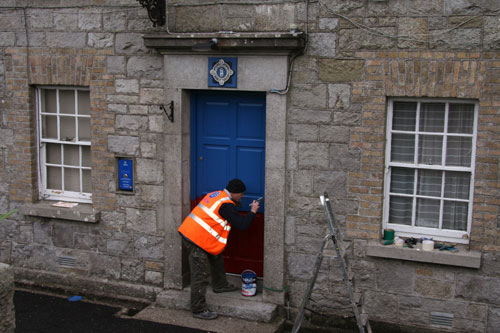 The red door is now the standard ‘Garda Blue’ 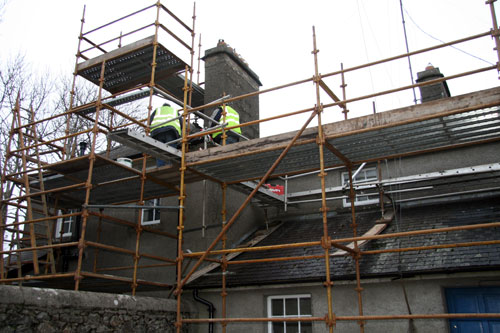 Work is being carried out to the chimneys, windows, gutters etc and will add to the charm of this historical building. In speaking to the OPW ambient lighting is feasible but would need to be sanctioned by the superintendent. BIG will renew it’s efforts to
see if this can be done. There is a similar building in Bennetsbridge which boasts two towers.

The following information was received on 21/1/09

The station was purchased on the 25/6/1965 from Peter W Mertens,trustee of the property of Rupert B Lecky. The lease commenced on the 28/8/1928 The barracks was part of the lands of Ballykealy in the Barony of Forth “The lands were part of the hereditaments comprised in and granted by Fee Farm Grant made on the 26/4/1851 between Anna Hutchinson and John J.Lecky”