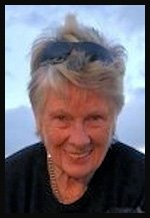 Mrs Elizabeth Meleniclis, The Pottle, Kilbride,  who died on Monday, 2 January, was formerly Elizabeth Salter, Ratheenkillane, Ballon. Her remains were reposed at Kearney’s Funeral Home in Fenagh before being removed on Sunday, 8 January, to All Saint’s Church, Fenagh, for Funeral Service followed by burial in the adjoining churchyard. The late Mrs Meleniclis, who was predeceased by her husband Peter, is mourned by her daughter Tana and son Rory, son-in-law Jonathan, daughter-in-law Karen, grandchildren Rachel, Eliana, Sarah, Ahron, Ava and Kyle, brothers Fred and George, sisters Phyllis, Evelyn and Dorothy, brothers-in-law, sisters-in-law, nephews, nieces, relatives and friends. 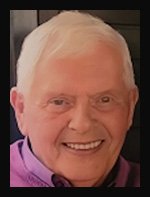 His remains were reposed at his residence on the following day before being removed to St Patrick’s Church, Rathoe on Tuesday, 10 January for a funeral Mass followed by burial in the adjoining cemetery.

Michael will be missed by his beloved wife Christine, sons John, David, Michael and Brian; grandchildren Grace, Molly, Méabh and Micheál, his brother Seán and sister Mary, daughters-in-law Colette, Anne and Regina; nephews, nieces, extended family and many kind friends and neighbours. He was predeceased by his sister Nora. 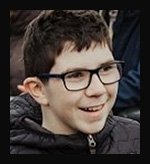 The news of the death of fourteen-year-old Manus Ward ‘Valley View’, Knockdoorish, Kilbride caused widespread sorrow throughout the community. Manus passed away peacefully at his home surrounded by his loving family following a long illness on Friday, 6 January. Manus is the cherished middle son of Bernard and Anne, adored brother of Oisin and Conal. And grandson of Tom and Elizabeth Malone and Edward and Margaret Ward. He is also mourned by his uncles, aunts, cousins, school friends from Ballon National School and his second-year class in Tyndall College, Carlow, extended family, friends and kind neighbours.

Manus reposed at his home on the day following his death before being removed  to the Church of SS Peter and Paul, Ballon for funeral Mass on Sunday 8 January 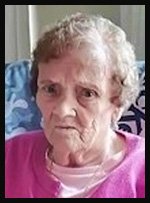 Mrs Margaret (Maggie) Reilly (nee Flynn), Rathrush, Rathoe, passed away peacefully in St. Luke’s Hospital, Kilkenny, surrounded by her loving family on Sunday, 1 January. Maggie was well known throughout the parish for her singing and always did her party piece at the Evergreen party. She was chosen as one of the entertainers at Rathoe on adjudication day when Ballon/Rathoe represented County Carlow in Pride of Place. She was a member of the Rathoe Retirement group and a regular contributor at the Rathoe Song and Story nights.

Her remains reposed at Byrne’s Funeral Home, Station Road, Carlow, before being removed to St Patrick’s Church, Rathoe on the evening following her death. Interment took place in the adjoining cemetery after Requiem Mass on Tuesday, 3 January, which was concelebrated by Rev Jim O’Connell Adm and Rev Tom Little PP Askea.

Maggie is mourned by her grown-up children Emily, Jim, Ann, Paddy, Tom, Mylie and Kathleen and by her sons-in-law, daughters-in-law, grandchildren, great-grandchildren, her sisters Sarah, Ann and Mary, her brothers Bill and Dan, extended family, kind neighbours and many friends. She was predeceased by her husband Jim.