I’ve laid wreaths all over the UK, Wales and Scotland as well as the Free State. I also lay a wreath every year at Island Bridge. This brings me to my visit after subsequent research to locate the grave of Lieutenant John Rupert Robert Lecky of Ballykealey. He had been a Lieutenant in the Regiment during the third Afghanistan was of 1878 – 80. He had joined the Regiment in March of 1874 and seems to have left and returned home to Co Carlow. 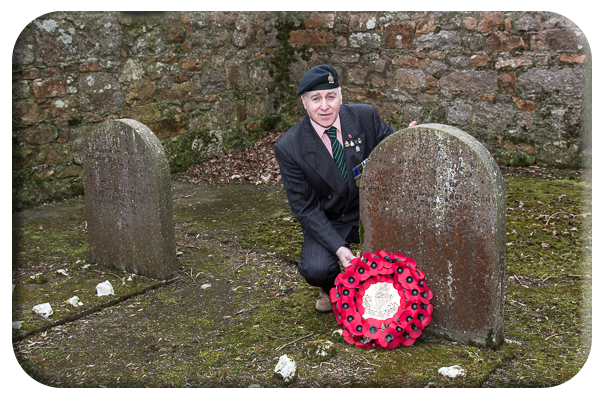 At every military graveyard in large letters we see LEST WE FORGET. Well we have forgotten and so it has been my quest over the last 10 years or so to seek out and locate these forgotten men, many who lie in fields far from home. There is little that I can do but it gives me great satisfaction. I have laid many wreaths and placed three headstones for soldiers who had none so they will be remembered.