As we move through the Decade of Centenaries, it is appropriate that we recognise locals who were active during the revolutionary period writes Michael Dawson. One such person was Nan Nolan, a formidable lady who is remembered by Ballon people of a certain vintage. 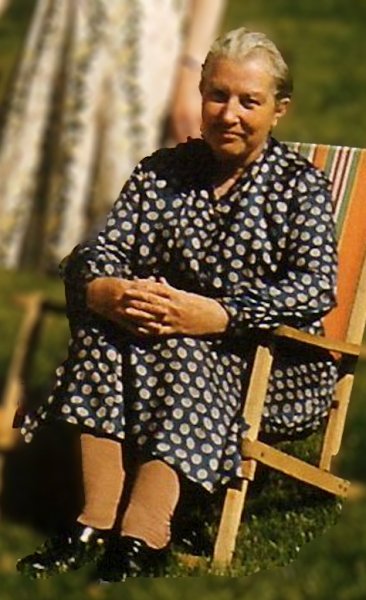 In her two Witness Statements to the Bureau of Military History which were dictated in 1956 and 1958, Nan paints a clear picture of life in Ballon during World War I through the War of Independence to the Civil War and refers to many of the local men active in the Irish Volunteers. Nan was a member of Cumann na mBan and was involved in several operations in support of the Ballon Company of the IRA.

In the second statement she gives a more detailed account of her activities during the Civil War (1922-1923). It should be remembered that Nan was born in 1904 and was still a teenager while carrying out her clandestine duties.  She also elabourates on her brother Johnny’s activities, his arrest and internment, release and subsequent death.

She died in 1971 and is buried in Ballon cemetery along with her sister Bridget and brother Jim. Her parents and other siblings, including Johnny who features promintly in her statements, are interred in the old cemetery in Ballon. 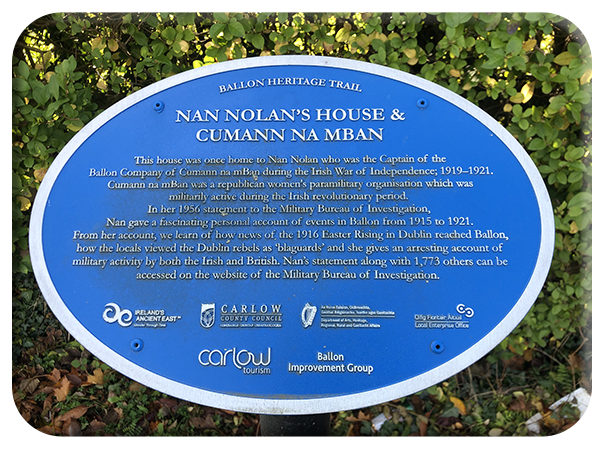