A brief history of Rathoe Parish Hall and details of the restoration of the diamond design windows in that building by Seamus Hogan.

Rathoe Hall is recognised as one of the great heritage buildings in Co. Carlow. It was built in 1837 as a national school for the area. This was shortly after the Emancipation Act which allowed for Catholic schools to be built.
It was unique in that it was a two storied building constructed with granite stone. It had one large room on the ground floor with a stair-way at the rear of the building leading to one large room upstairs. The original windows had small glass panes of diamond design.
Originally the female class-room was on the ground floor with male students in the upstairs room. In due course this was changed to having the infant classes, boys and girls, downstairs and the senior classes upstairs, usually with the headmaster in charge.

It continued as a school until 1968 (131 years) when the present national school was built. The old building was then to be used as a parish hall and the ground floor room was extended to allow for a stage to be erected. In 1982 a new kitchen replaced the stage and a Badminton Court and two Squash Courts were added to the rear of the building. The old windows were replaced with plane glass windows. The hall and sports complex proved very successful.

However, in 2001 the total building needed refurbishment and upgrading. The roof covering the Squash Courts and the Badminton Court had to be replaced. This work was done for Mitchell Engineering, Bagenalstown by Ned Byrne, Kilcool. New toilets and a foyer hall was built by Ted Cole, Rathrush. This hall-way provided one access to all the facilities.

In 2006 the committee in charge of the Hall decided to replace the windows as they were in very poor condition. The Hall was also classified to be a “listed” building by Carlow Co. Council. So the new windows would have to resemble the original Diamond Design. Pat Rudkin Joinery Ltd Bagenalstown manufactured the windows and they were installed by Ted Cole. After installation the task of painting them was done by John Carroll, Ardristan. The cost of the eight windows was €25,400. The cost of installing them was €2,900 and the cost of paint and labour was €3,400. That brought a total cost of €31,700. Carlow Co. Council provided a conservation grant of €6,000 and Burgrove Ltd. Rathbawn, (O’Toole Bros.) gave €5,000 towards the cost. 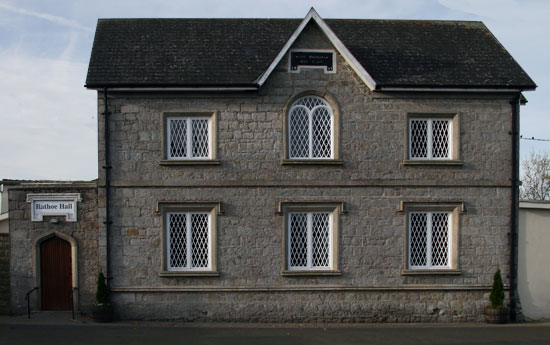 The remainder of the cost was bourne with fund- raising by the Hall Committee. The World And National Ploughing Championships held at Grangeford from the 27 Sept. to the 30 Sept. 2006 provided a great opportunity for fund-raising. The Committee with the help of over thirty volunteers organised the storing and sale of the official Catalogues at the four day event. This proved very successful and the commission received helped to defray a large part of the cost of the new windows. 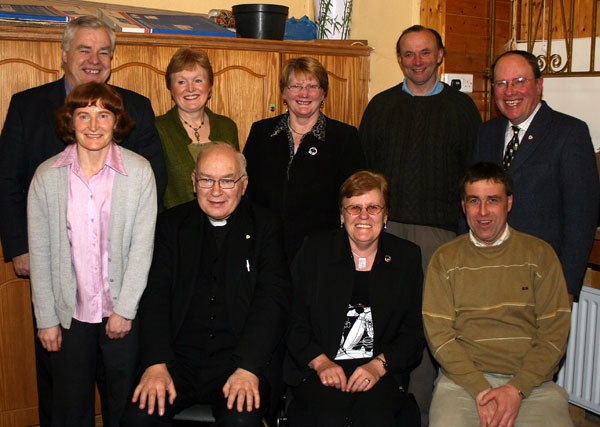