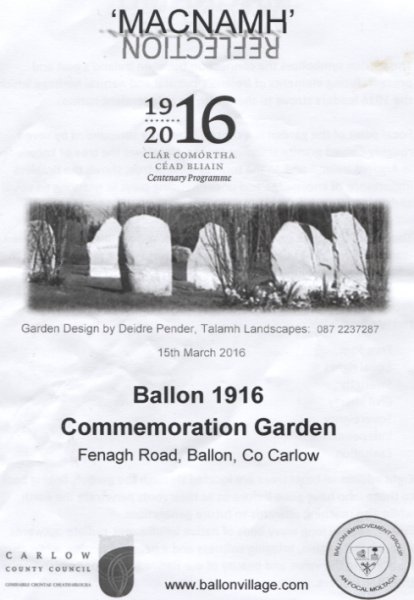 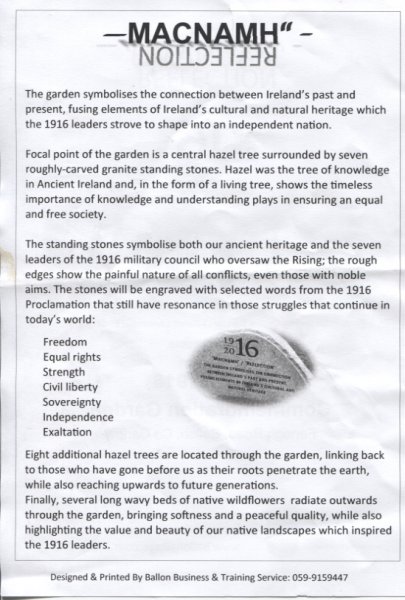 Ballon 1916 Centenary Programme
On Tuesday 15th March, Proclamation Day, in the grounds of the new Commemoration Garden a ceremony was held for 1916 centenary programme.
The Commemoration Garden was designed by Deidre Pender of the award winning Talamh Landscapes and symbolises the connection between Ireland’s past and present, fusing elements of Ireland’s cultural and natural heritage which the 1916 leaders strove to shape into an independent nation. It’s called Macnamh – Reflection. In the seating area and facing the eight granite standing stones one can Reflect on the words carved in the stone, words culled from 1916 Proclamation. Freedom, Equal Rights, Strength, Civil liberty, Sovereignty, Independence and Exaltation.
Máire George, Chairperson of Ballon Improvement Group was the MC for the occasion and to the background music played by Lesley Dunne she introduced the sequence of events:
• An Opening Prayer by. Reverend Lester Scott
• A song by Joe Whelan “Wrap the Green Flag Around Me”
• Song by Marian Nolan “James Connolly”
• An address by Dermot Mulligan of the 1916 Carlow Committee
• A verse by headmaster Noel Heffernan “Wayfarer”
• An address by Charlie Murphy, Cathaoirleach Carlow County Council
• An address by Denis Foley, Chairman of the Municipal District
• Cutting of the ribbon to the garden by Patsy Nolan of Carlow Stone Centre/Ballon
• Release of pigeons by Ballon NS. Pupils. One for each of the 1916 leaders
• Ted Kelly, Ballon NS, played “Follow me up to Carlow”
• A historic narrative by John Smyth of the events leading to and the consequences of the Rising
• A specially composed song by the KHA Choir and John Whelan conducted by Rose Whelan.
• A vote of thanks to Máire and BIG for the concept and its implementation by Councillor John Murphy
• The National Anthem was sung by all present to close the event
• Refreshments later in the school and cutting of the cake by Patsy Nolan
It was a good day, the sun shone. Many turned up in 1916 attire, especially the ladies.
The stone was local, the craftsmen were local, the whole concept was local and Ballon now has a heritage site that will forever be an attraction in the village.
“Thankyous” are difficult as so many people played a part and whether it was big or small it added to a great whole. So thanks to all. You did it for the community.

The video clip will give a taste of the occasion. 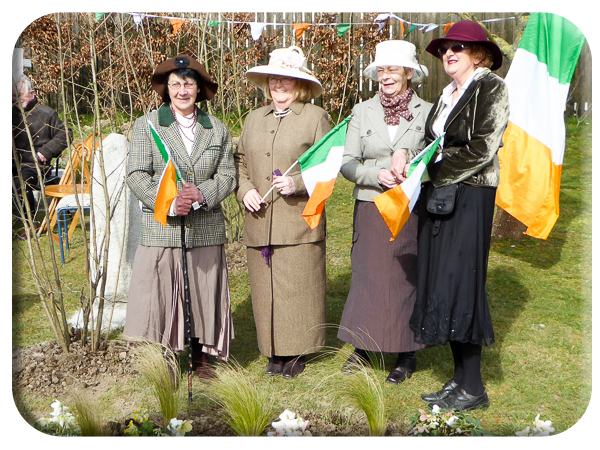 Kathleen, Jackie, Breda and Mary dressed for the time 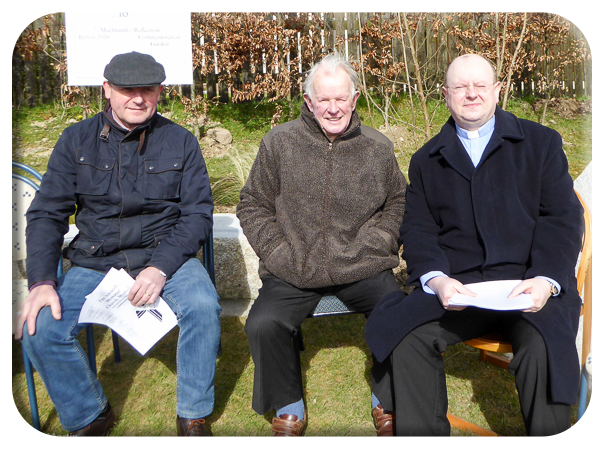 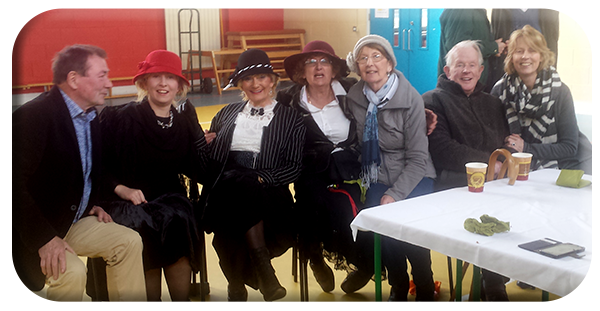 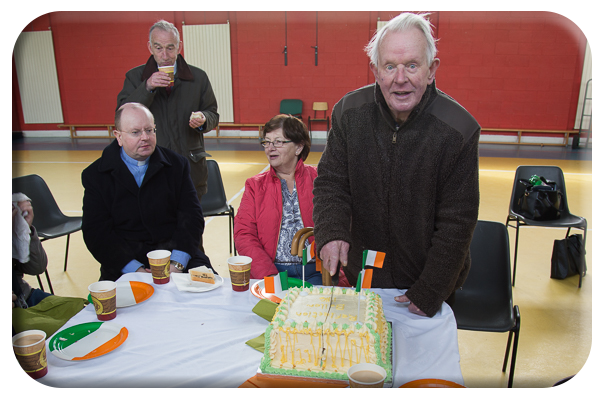 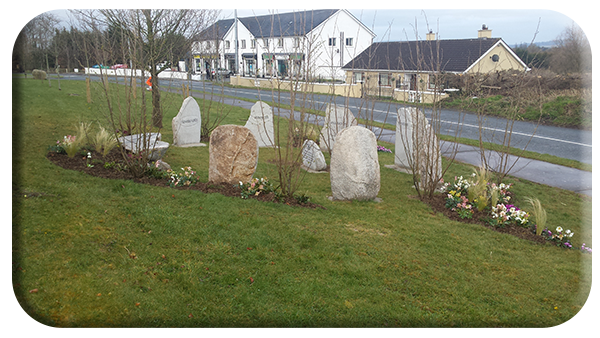