Yesterday evening the school held an event to acknowledge the contribution made by principal Noel Heffernan about to retire. Bernie Mullins, as deputy principal, acted as MC and called upon speakers from various groups to highlight his achievements. There was much to say and it was said well. 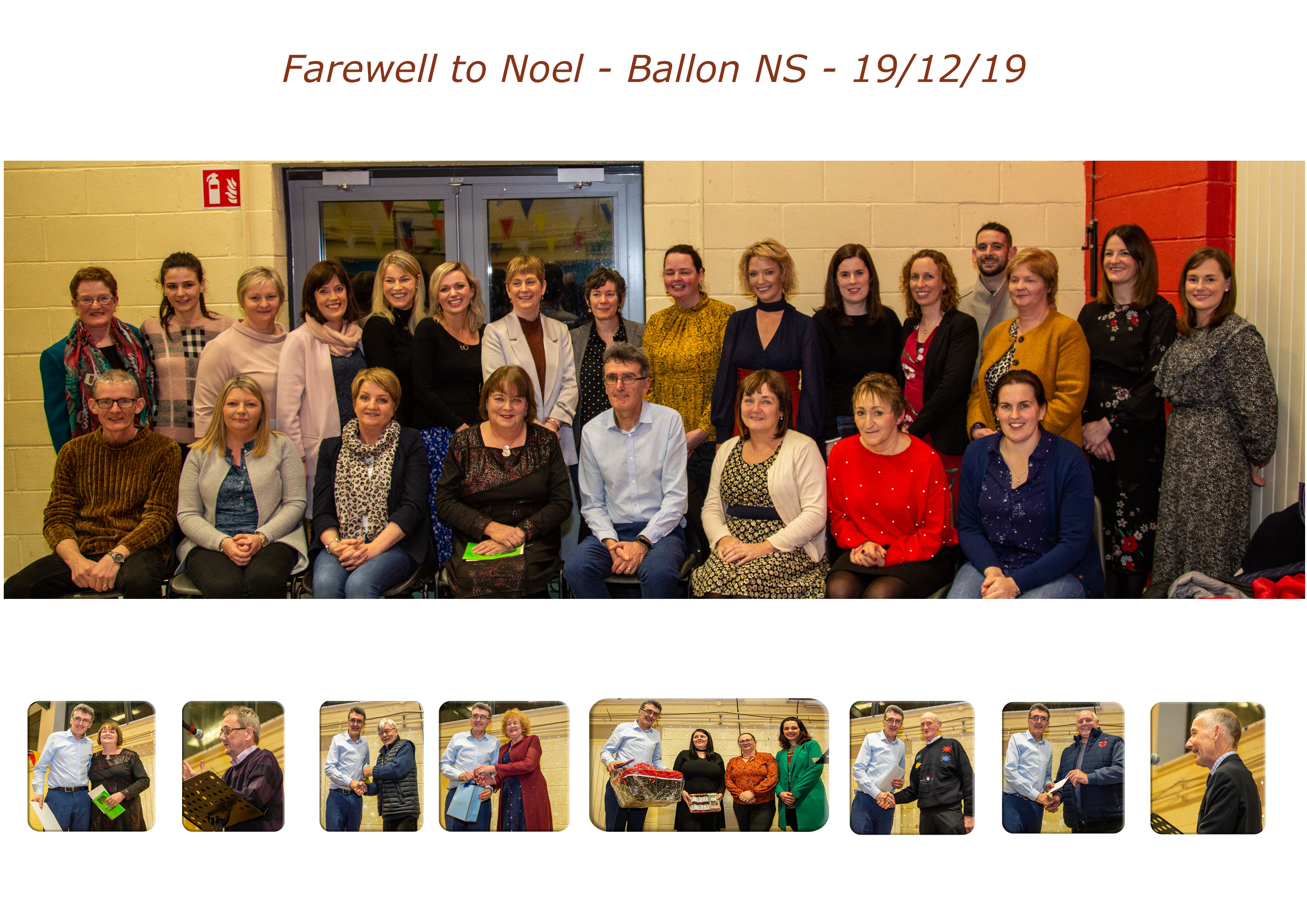 SEA LAVENDER: These flowers were grown from seed by the school children. Grown in the pocket gardens on the Fenagh Road. The seeds will be collected for next year’s sowing,

Presently on display in Siopa Glas for Halloween

All plants used in village were nursed with care in the Agenda 21. Tunnel.

Today lots of schools in Ireland are protesting against climate change.  So our school in Ballon decided to do our part. Ms Kildea’s & Ms Murphy’s 6th class led a protest around the school yard at the end of the ceilí.
We did this to raise awareness about climate change.  We were inspired by the Swedish teenager Greta Thunberg who went on strike from school.  We chanted ‘Stop ClimateChange’ and blew whistles to make lots of noise. We also want to save the bees because they pollinate our plants.
We had great fun even though we are very angry that so little is being done to stop climate change!  We all must do more! Time is running out!
By Adam Kelly& Keelan Reynolds

Click on School Web Site link above for more pictures

Over Christmas 2018 the school ran several fundraising campaigns and made their presentations
to the charities as listed. 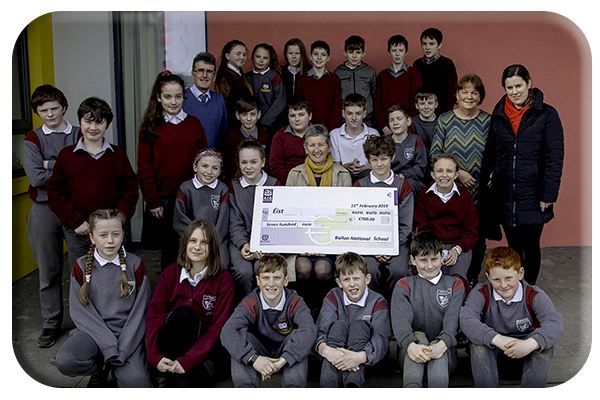 A cheque for €700 was presented to Éist’s Clare Healey by the chairpersons of Kenya Helpers Association and 6th class committee members. 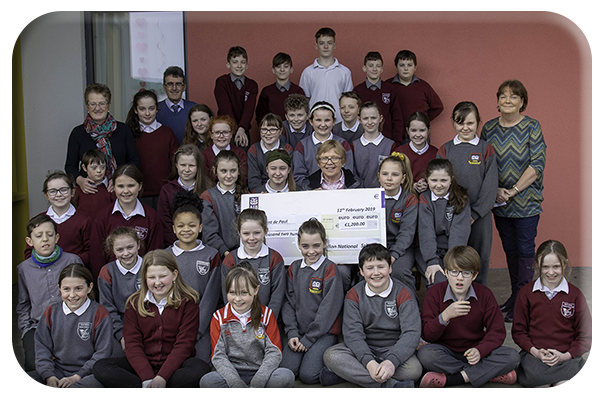 A cheque for €1200 was presented to Trish O’Byrne, president of the Tullow Branch of St. Vincent de Paul, by the secretaries of Kenya Helpers Association and the Christmas Choir. 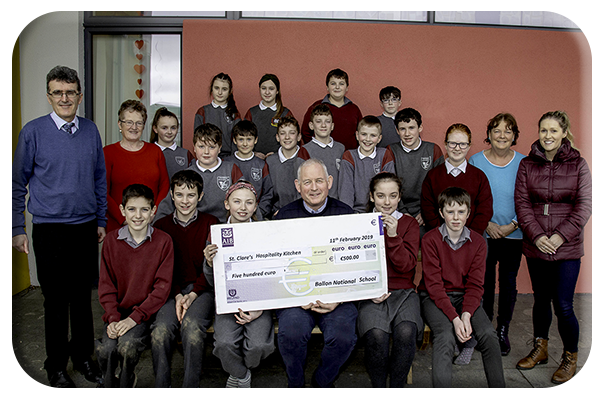 A cheque for €500 was presented to Fr. Dunphy, one of the founder members of St. Clare’s Hospitality Kitchen, bythe treasurers of KHA and 6th class committee members. The Kitchen caters meals for 80 people daily 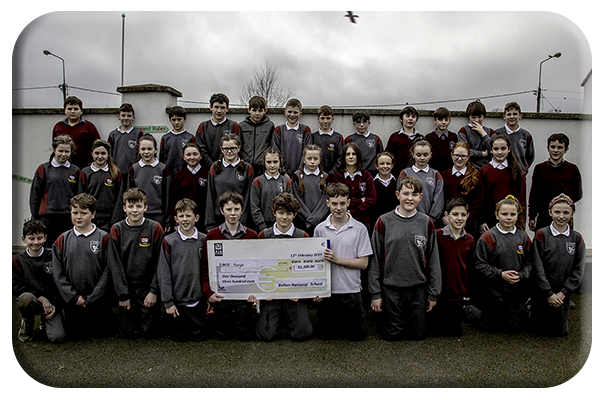 A cheque for €1300 was sent to the SMG nuns in Kenya. This will go towards a new ultrasound machine for the new maternity unit in the clinic that KHA helped to build in Muluto.