The Pumpkins were sown by Ballon I Group during the last lockdown in March and harvested and carved by the 2nd Class of Ballon School.

On Friday 19th June the School and Parents Assoc. hosted a mini graduation for the students leaving for other seats of learning. The event was restricted by the social distancing rules and the photo op. was to split into five groups. Goody bags were on offer and the Hoody became the best Goody. There was a great atmosphere generated as many students, teachers and parents were meeting for the first time since the lockdown. The showers didn’t dampen the spirits of coming together. 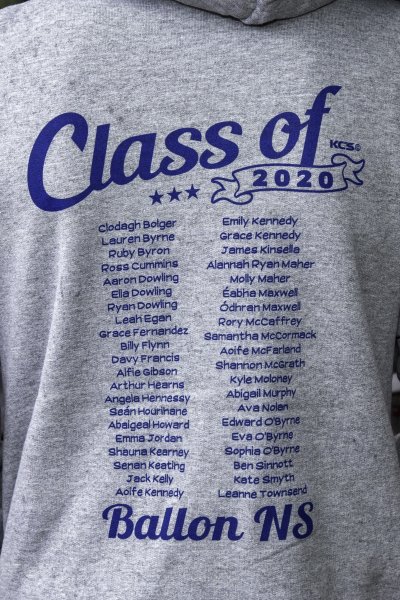 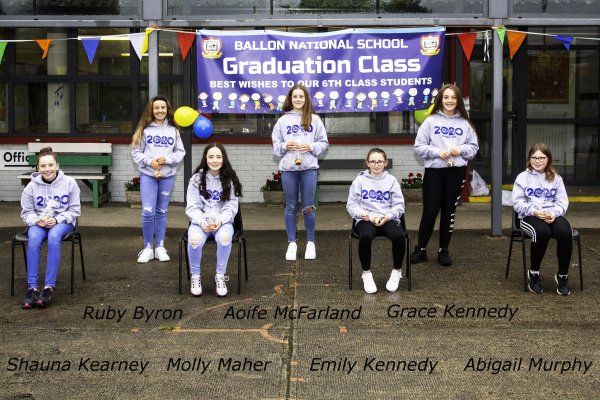 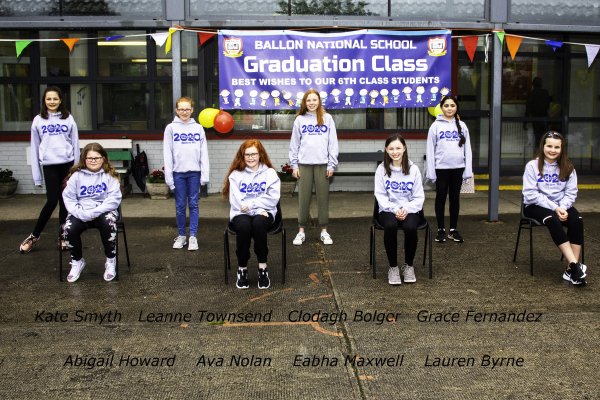 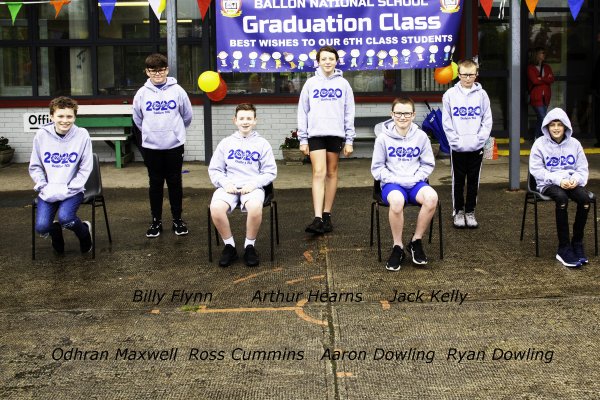 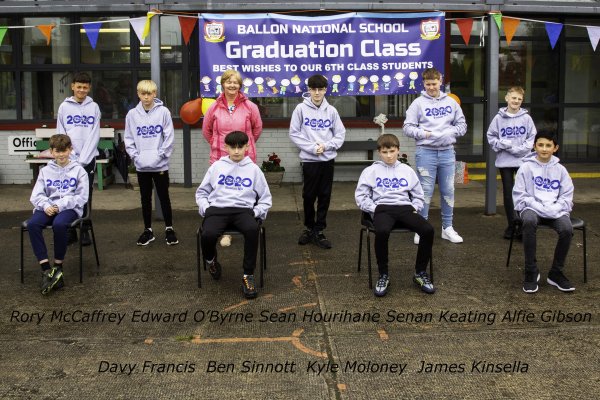 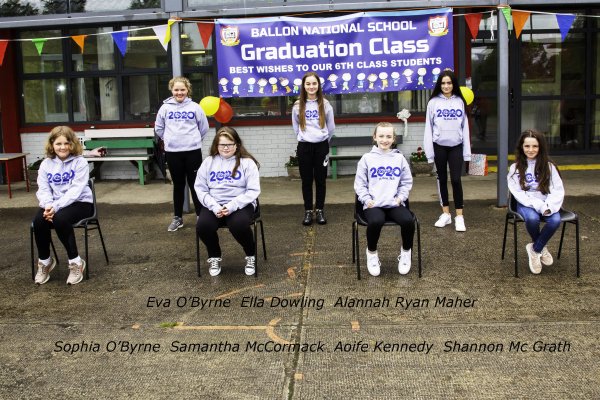 This evening saw the plaque being officially uncovered as a special thankyou to the O’Neill family who generously donated land to the school giving it one of the best playgrounds in the county. Fr. Jim and Noel Heffernan did the honours and there was appreciative support from the community. Eleven O’Neills also attended. Tea and cakes followed in the hall. The recent new wing is now named the O’Neill wing. 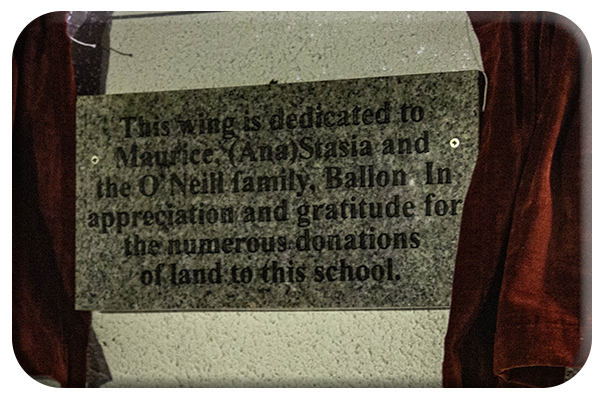