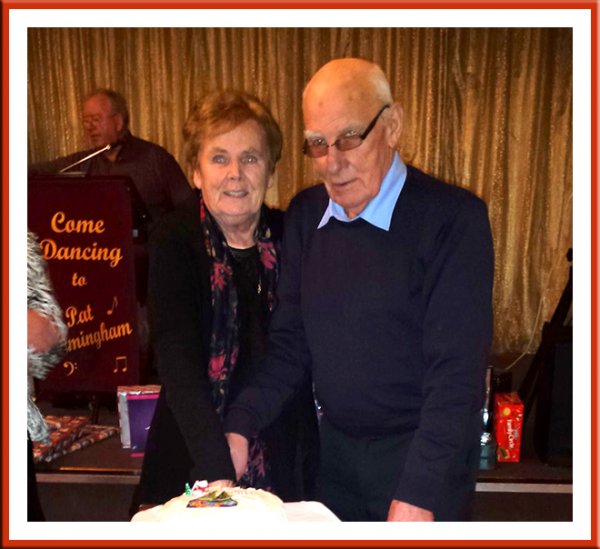 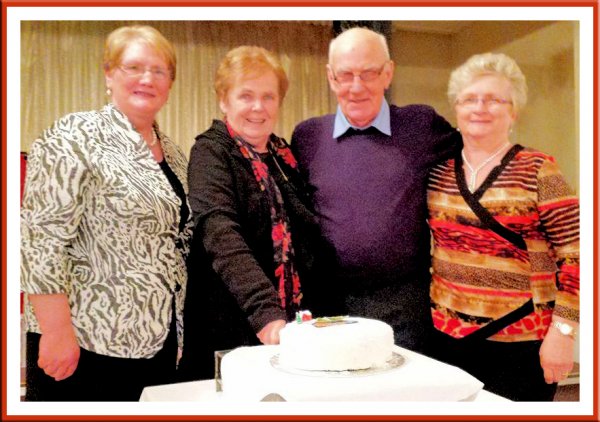 ………..and flanked by Anne O’Connor and Lucy O’Neill

Breakfast at the Green Isle Hotel, Clondalkin, a tour of Croke Park, The Botanic Gardens, Glasnevin, Dinner and dance at Germains in Baltinglas. A full day by anyone’s standards.

The annual New Year’s party for the senior citizens of Ballon and Rathoe was held in The Seven Oaks Hotel, Carlow on Sunday, 6 January and was attended by over 120 parishioners. The cake was cut by Mrs Edie Hatton, Bendenstown and Rev Edward Whelan PE. The food was great, the music was great and the craic was ninety and some of the guests including Joe Whelan, Mrs Maggie O’Reilly and the Kirwan School of Dancers performed their party pieces and, as usual, received warm applause. There was a special guest appearance by Adrian Ryan who is representing County Carlow in Glór Tíre which will be broadcast on TG4 over the coming months.  Music for dancing was courtesy of Jackie Byrne. The party was organised by the Evergreen Committee.

On Wednesday 20th June the hard working committee launched their summer special for the seniors of the communitiy.

The coach collected citizens from many parts of the parish and heading off, in the competent hands of driver Noel Connors, to Cahir where a bruch was provided at Cahir House Hotel. This was en route to Lismore Gardens via the splendid views offered by the Vee Pass in the Knockmealdown Mountains, Tipperary. This was spectacular if scary drive and we had the benefit of a lovely day.

Our descent took us to the town of Lismore which boasts the bastions of a castle build by Prince John in 1185, a mere 827 years old. It is the private residence of the 12th Duke of Devonshire and not open to the public but the gardens are well worth a visit.

From here we were driven for a walkabout of our choice in Waterford City and then the journey back to Ballykealey Manor Hotel. It’s good that the hotel is back in action as it is a real asset and convenience to the community. Here the 40 odd travellers were joined by another 50 odd non travellers for a meal and a dance to the music of Pat Bermingham.

Come with us for a pictorial coverage of the day.

On Thursday 16th June the committee took us to where the pictures show.

In spite of the imbriferous clouds not one drop of rain fell when we were outside. It stormed down when we were inside. Thanks again to this hard-working committee for giving 51 of us an interesting tour of some of the sites culminating with an enjoyable meal in the Killerig Hotel.

The evening commenced with a minute’s silence for Bridget Dowling, a founding member acting as Secretary and Treasurer, who passed away recently.

The hotel catered for 127 guests with music by Pat Birmingham and a host of regular contributors building an atmosphere of good humour and good will. A big thanks to all on the committee who work so diligently in providing two great days each year.

Pictured below are Ned Byrne, Rathoe and May Canavan, Killane who had the honour of cutting the cake.

Below that are pictures of most of the guests which can be viewed as a slide show or, better still, by clicking on just one and then clicking at the top to paginate right or left. 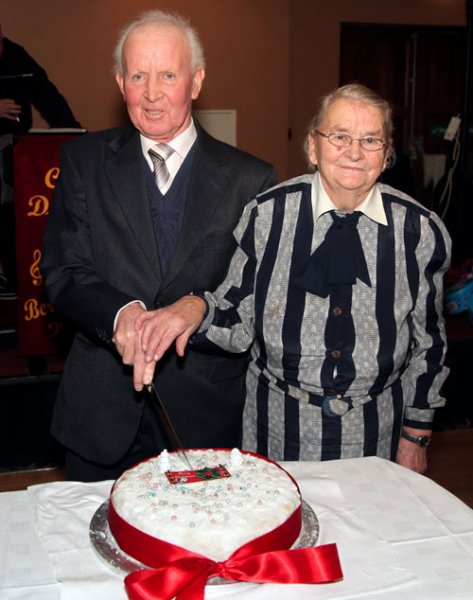 Ned Byrne and May Canavan