The committee organised another fine trip taking 46 of us for breakfast at The Maldron (was Bewleys) in Clondalkin which was well received. A tour of the General Post Office and the part it played in the 1916 fighting. This was a little disappointing in that the exhibits were squashed and in no apparent order. Add to this the heat of the day and the milling crowds it was good to get back to fresh air where the centre of the building had an open air seating area, a cafe and a souvenir shop. There was one exhibit of particular note though and that was the film showing the sequence of events in a realistic cartoon type display with dizzying panning up and down on the various battles. 10 out of 10 for that display.

Then a quick trip to Liffey Valley shopping centre which is not designed for the male population except for the roof supporting architecture, if you are into that.

The highlight had to be the tour of Russborough House where our guide gave an enthusiastic history of the origin of the construction, a thumb nail sketch of the principal players and a detailed explanation of the rooms and their contents. We were lucky in that she had attachments to Ballon, Rathoe and other villages knowing people who had relatives in our group and snippets of local past events were updated between her and some tour members. There is much to see outside of the house and it would make a day well spent for the future. Russborough House has to survive on its own business acumen as it gets little support from government agencies and from time to time valuables are sold to keep the place afloat.

Supper was held in Germains of Baltinglas which was speedily served with massive portions and pleasant staff.

Thus was spent nearly 12 hours travel, entertainment and chat for the 46 unanimous in their enjoyment of the trip. 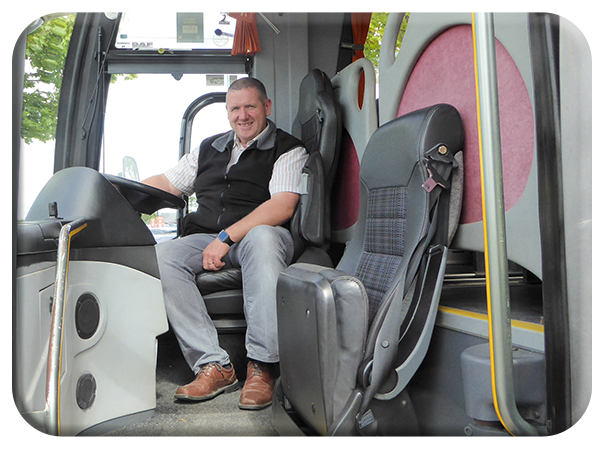