……As told by Wish Blanche RIP 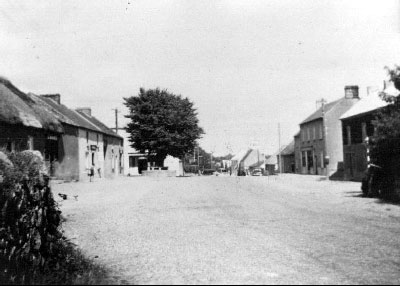 This is a photo of the original Bull Tree taken in the late 1800s and clearly well established at that time. It was an elm tree and my father told me that there was a row of such trees planted up the hill towards the church. They were taken down before my time but when the road was being repaired I saw the old roots being lifted up. This was a meeting point for all occasions but it got its name from the fact that this is where bulls were brought for sale. The inspector employed by the British Government would check the ‘papers’ of the bull during the selling process. The English laws would have been in force at that time and up until 1921. But the last fair of this type was held in Ballon in 1917.

But it was not only bulls that gathered around the tree as it was a natural meeting point then as it is to day. Men used to play cards there regularly and the intensity of the games was fierce. They could continue late into the evening with candles lit for playing. They would play through lunchtime and the women would bring the meals out to the men.

Illegal games of pitch and toss would be played surreptitiously in the shadow of the tree – a little poetic license here -. The local garda sergeant is rumoured to have taken an interest and the play became less surreptitious.

At Christmas time it was a place for buying and selling turkeys. A heavy frame was set up to hold the scales and the birds were weighed and sold. The main buyers at the time were the Slater’s and Kehoe’s.

Everything that was ever sold was advertised on the Bull Tree. When nailing a poster it was difficult to find a spot without a nail in it.

It was a place for election speeches. Ned Doyle spoke there – the first Carlow man to take a seat in first Independent Irish Parliament. And, I heard William T. Cosgrove making a speech there about 1932.

Sadly in 1988 the tree was cut down as it had died from the Dutch elm disease, which ravished all over Europe. It was replaced by the present tree,a Sorbus Hopsii which is related to the White Beam and Mountain Ash, and the tradition of a meeting place continues.

No more cards or pitch & toss, no more bulls or turkeys but come Mass time there continues a gathering of men collecting and distributing the important news of the week, or is it gossip?

At Christmas it is festooned with lights and lit up from Michael McAsseys shop. 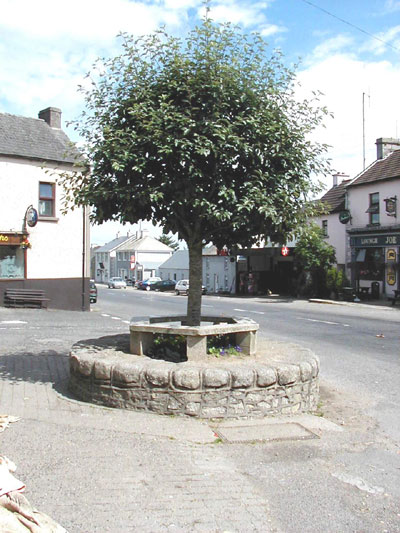 There is a poem to the Bull Tree. It was included in the Easter 1972 edition of The Link and composed by local schoolboy Tommy Brennan of Killane.

Ballon’s greatest Landmark
Is a big Bull-tree
It’s the nicest little spot
That ever you could see.

Every Sunday morning there
People crowd together
Talking of their crops
And talking of the weather.

Around the trunk
There’s a little wooden seat
And that is where people sit
Every time they meet. 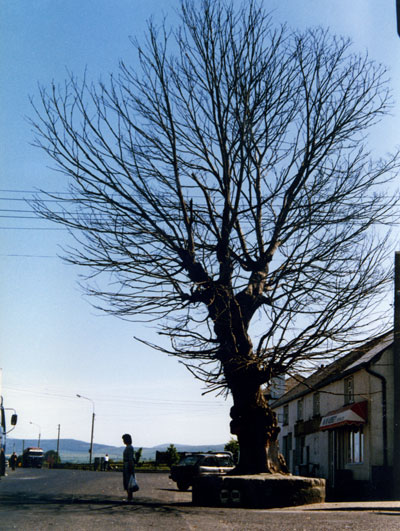 This picture was spotted in the Parochial House and lent for the web site. The name of the photographer was shown and he was contacted. He is Fred P. Connor of Carlow. He told me that he had heard that it was going to be cut down and decided to take a photo as the tree was a piece of history. He gave permission to use it for the web site. It’s in colour and there is a local with her shopping waiting to cross the road – any ideas who?
Note that the tall trees opposite the school have not been planted nor the Millennium Monument erected.

Sent in by Sean Doyle 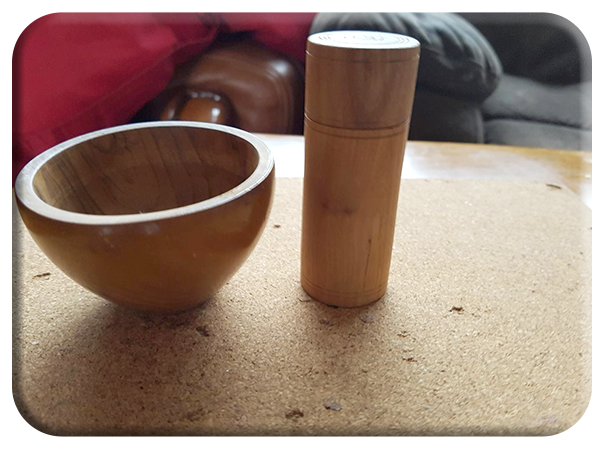 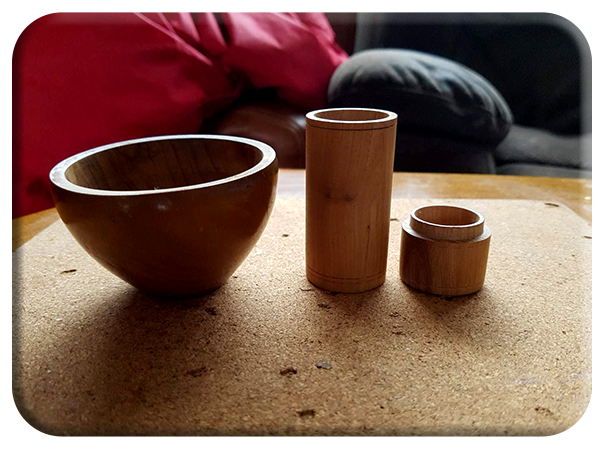