40 YEARS OF WHIST IN RATHOE by Michael Dawson

This week 40 years ago a group of people, under the guidance of Fr Tom Little CC, decided to run a whist drive in Rathoe Hall as a social night.  It was so popular that they decided to repeat it the following week and the rest is history. Last Tuesday the weekly card game celebrated a run of 40 years, broken only on a few occasions mainly by bad weather and as a precaution against  the spread of foot and mouth disease.  It has been attracting players from counties Carlow, Laois, Kilkenny, Wexford, Wicklow and Kildare and several of those attending presently have been supporting it since day one. Four of the original group that started the whist, Anne O’Connor, Madge Aughney, Nancy Donohoe  and Teresa Dowling are still there while most of the remainder have passed away. It is still a social night but does accumulate a little profit which has been used for renovations and upkeep of the hall and helping towards the provision of the car park in the village.

There was a great turnout for Tuesday’s anniversary game and they were welcomed by Anne O’Connor who thanked them for their support over the years. A special celebration cake was cut during the tea interval by Fr. Little, assisted by Madge Aughney and Nancy Donohue and then the players partook of the usual treats such as cream buns, cakes, tarts and sandwiches. It is a great credit to those who have given of their time week after week to organise this worthwhile social night where people gather in a comfortable hall to play cards and, no doubt, exchange news and views. 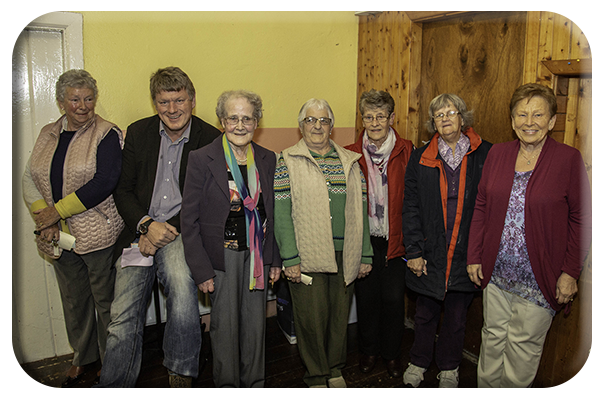 Some of the regulars 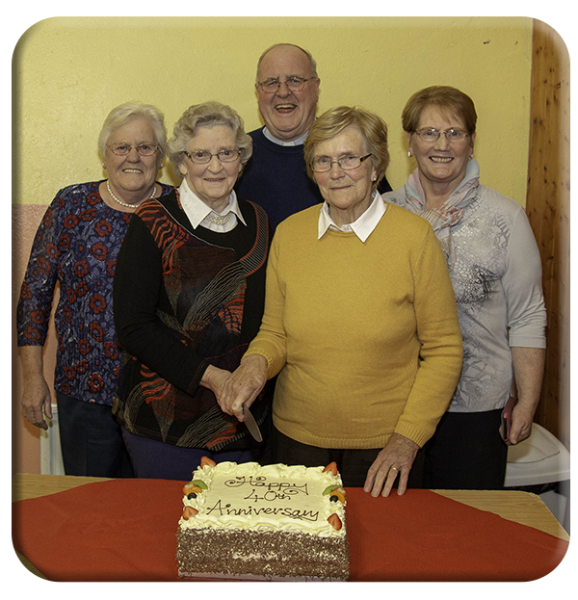 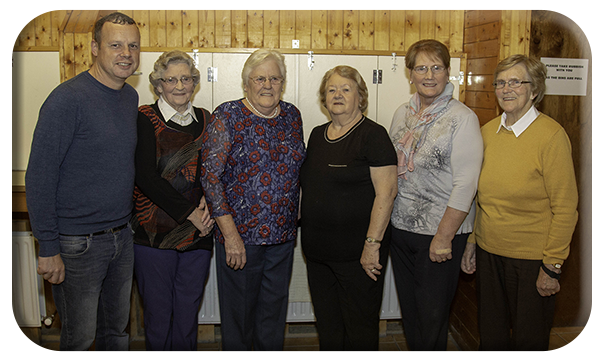 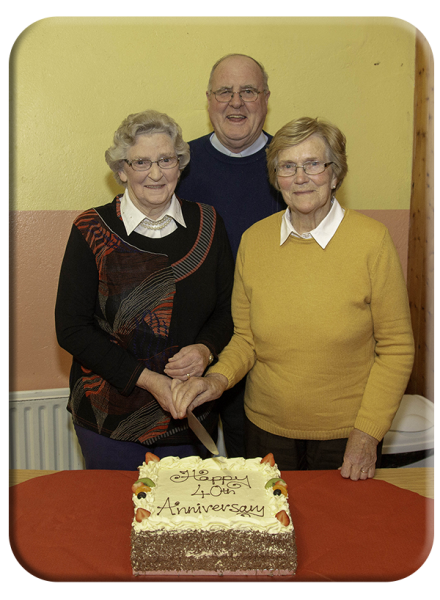