Sometimes we get to meet our heroes or people who have gained public recognition. Here are a few locals and if you have someone of note please tell the webguy. 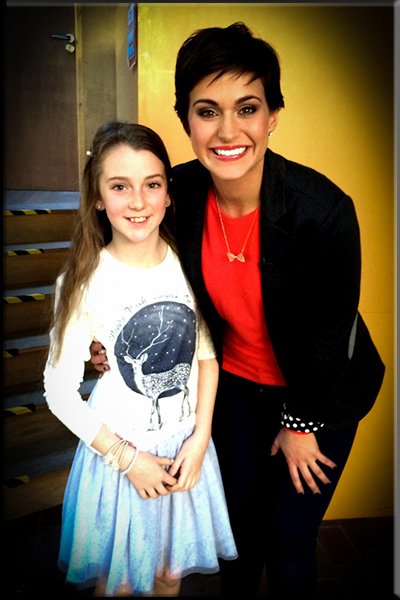 Laura Doyle of Ballon Hill was in Dublin today as she got called up to audition forTV3 Christmas Toy Show. Laura was very pleased and lucky to meet last years Rose of Tralee Maria Walsh.

Oisín Martin, grandson of the Web Guy, looking a little abashed as he poses with Carlow Rose Miriam Smyth during a promo video at Altamont Gardens. The fish came from Siopa Glas which is one of his “must visits” when he visits Ballon

An taosieach Enda Kenny gets to meet Ballon’s local flute maker James Dominic, AKA Jimmy Dyson Cummins, who presented him with one of his new model flutes at a recent visit to Carlow. 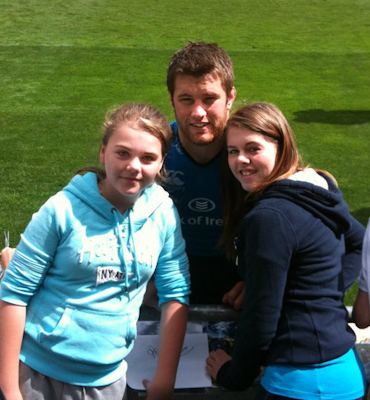 Sadhbh & Caoimhe O’Brien, from Forge Meadow, with ‘man of the match’ against France last Sunday – Sean O’Brien – alas not related. 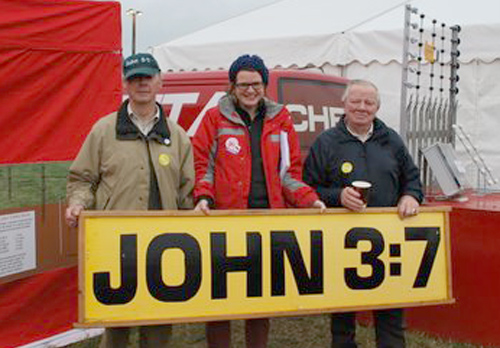 The ubiquitous John 3:7 men with Rosemary Jordan at the Cheetah Stand at the National Ploughing Championship in Athy, September 2011.

This sign has  and continues to have a very prominent place at all our big GAA games. 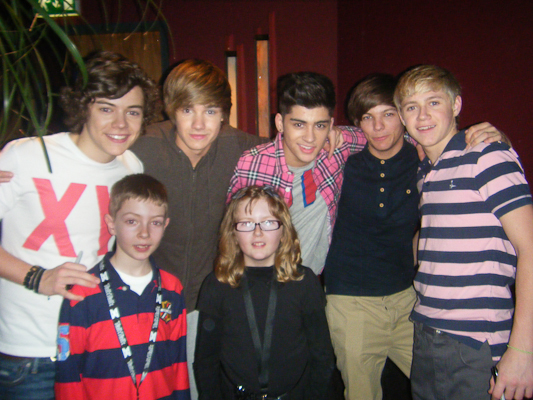 Shauna Downey and brother Tadgh went behind the scene at the X factor tour and got this picture with One Direction. They also met Mary Byrne, Matt Cardle, Rebecca Feguson, Cher, Wagner, Katie, Paije and Aiden. In being avid fans of the X Factor this was a magic evening for them with thanks to their uncle Sean.
Posted 27/2/11…………….. 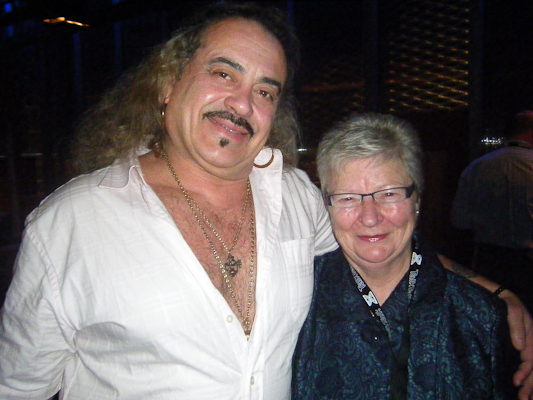 ………and granny Kathleen Percy of Ballykealey was not abashed either and took pleasure in the arms of the Brazilian performer Wagner. 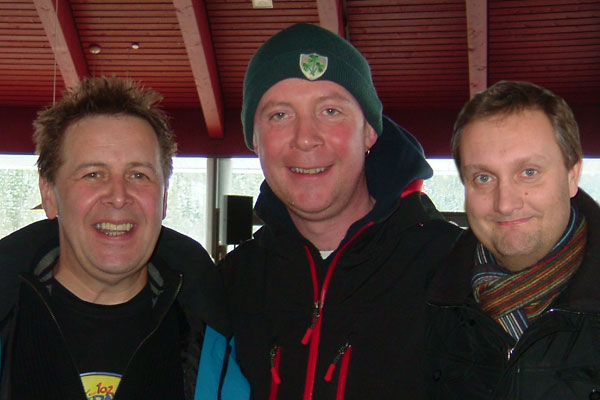 Noel Curry of Ballon with Ian Dempsey from Today FM and Mario Rosenstock also of Today FM fame and Gift Grub. Met them on a ski trip in Bad Hofgastein in Austria back in January 2011. 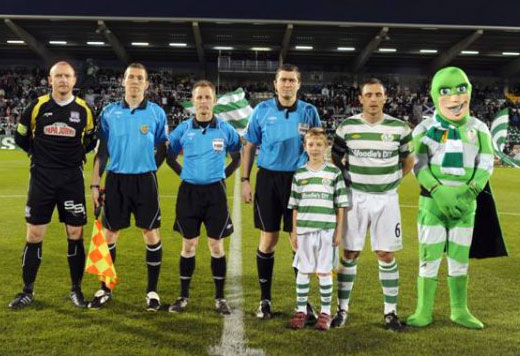 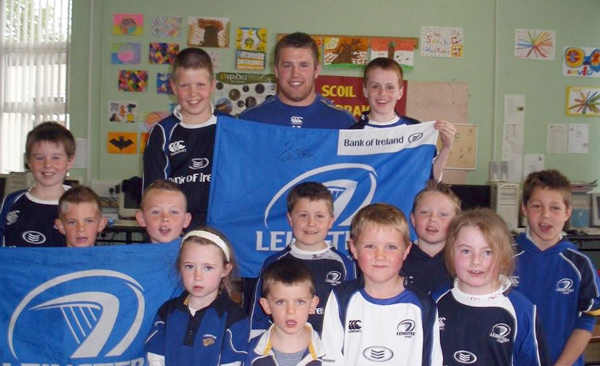 Seán O’Brien, past pupil of Rathoe NS, visited our school last week where he spoke to the whole school, who were thrilled to welcome him. Sean O’Brien is a member of Leinster Rugby Team who won the Heineken Cup in Murrayfield on the 24th May 2009. An inspiration to all students. 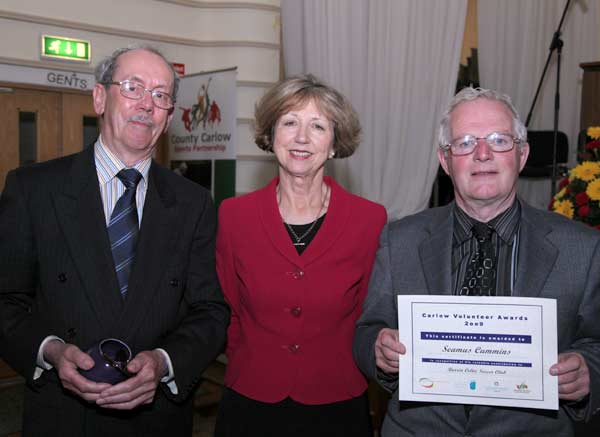 Seen here with Olivia O’Leary, broadcaster and journalist, are Michael Martin and Seamus Cummins at the Carlow Volunteer Awards in May 2009. 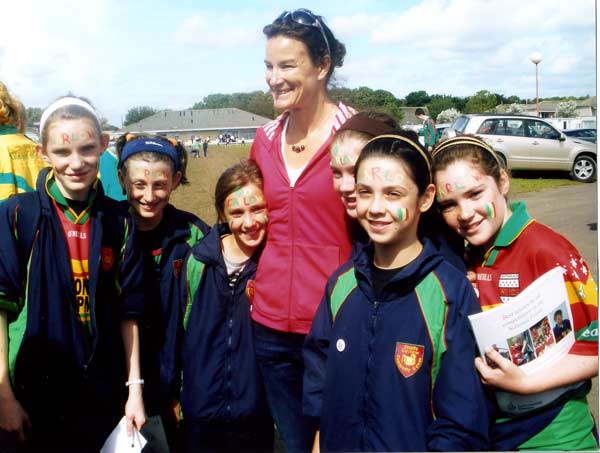 (with thanks to John Mullins) 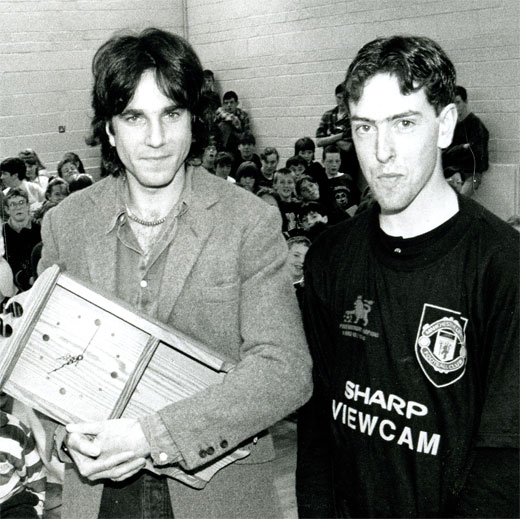 Theo Condron from Ballon with Daniel Day-Lewis at St Lazarian’s School in Carlow.

The school embarked on a clock making project and Daniel Day supplied some of the timber from the family home in Wicklow. Theo made a clock which he presented on behalf of the school.

At this time he was well establised as an actor and aged 36. (posted March 2008) 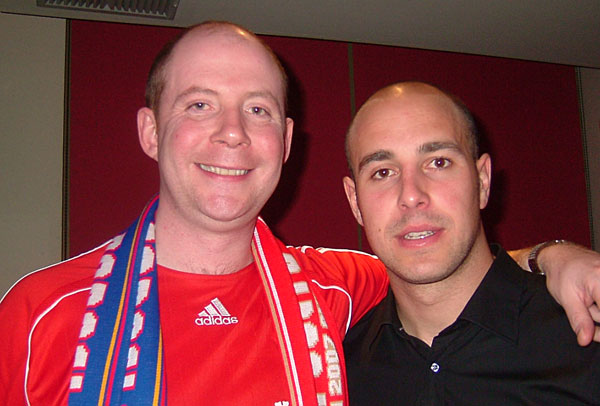 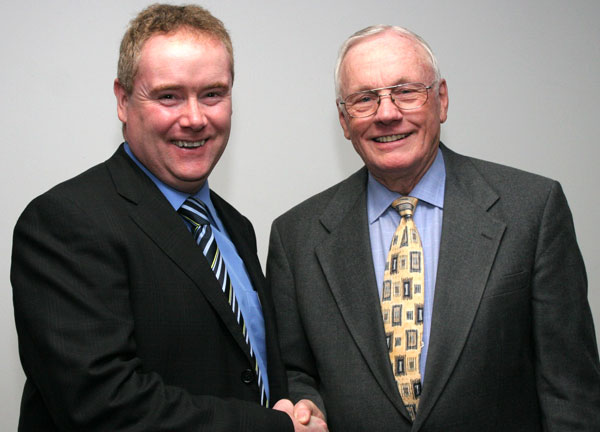 Neil Armstrong was born 1930 and his second and last spaceflight was as mission commander of the Apollo 11 moon landing mission on July 20, 1969. On this famous “giant leap for mankind”, Armstrong and Buzz Aldrin descended to the lunar surface and spent 2.5 hours exploring, while Michael Collins orbited above. 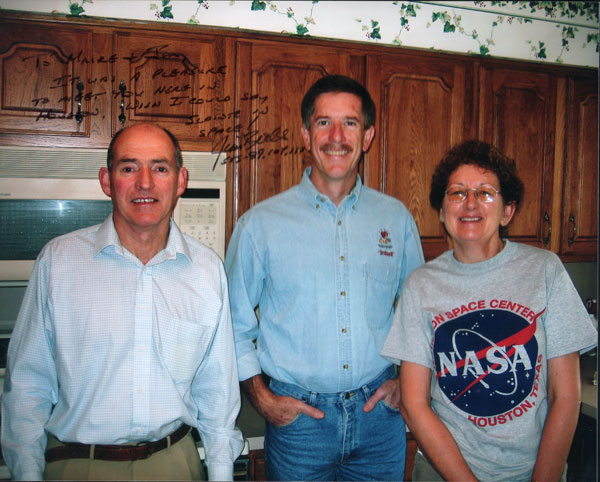 Jim and Máire George from Ballon with astronaut Jim Reilly . He has logged over 517 hours in space, including 3 spacewalks totaling 16 hours and 30 minutes.

Jim says:- My grandfather was born in Schull in County Cork and my grandmother is from Ballydehob which is only about 15 miles away. They didn’t meet until they were in NY, however. 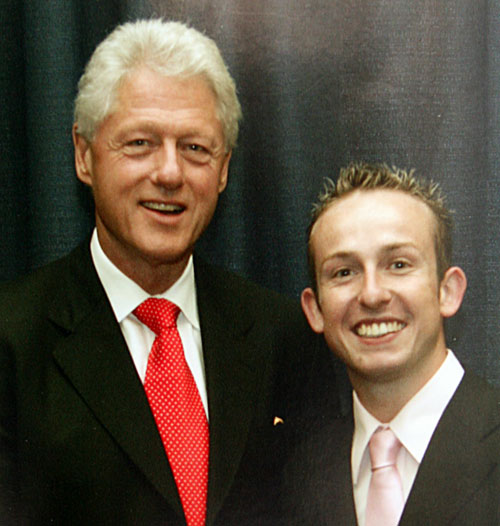 Connor Keppel, Rathrush, Ballon Pictured with Bill Clinton at his recent ‘Leadership for the Future’ conference at the Burlington Hotel, Dublin